(ATTN: UPDATES with reports of meeting between the Japanese diplomat and Seoul's presidential secretary for security)

Officials at the presidential office Cheong Wa Dae said Kim Kyou-hyun, senior secretary for foreign affairs and security, met Amb. Yasumasa Nagamine for about an hour from 3 p.m., in an apparent show of diplomatic courtesy.

The Japanese diplomat was said to have demanded the immediate removal of a girl statue symbolizing young South Korean women forced into sexual slavery by the Japanese military during World War II from their current locations near the Japanese Embassy in Seoul and consulate in Busan, 450 kilometers south of Seoul.

Kim reportedly asked for Tokyo's understanding about the government's inability to do so, noting the statues belong to private organizations, making them private property.

The request was made after he returned to Seoul on Tuesday night, nearly three months after he was recalled to his home amid a diplomatic row over the statues. 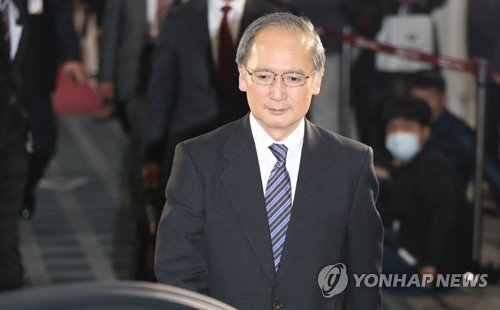 South Korea's unification and defense ministries said that they have decided not to take Nagamine's request at the current stage.

The ministry handling inter-Korean affairs said the Japanese Embassy in Seoul on Wednesday delivered the request to meet with Hong on short notice.

Whether or when the two ministers would meet with Japan's envoy is expected to hinge on the government's comprehensive judgement, they added.

Tokyo has repeatedly demanded an immediate removal of the statues, arguing they run counter to the spirit of a 2015 deal between Seoul and Tokyo over wartime sexual slavery.

Upon returning to Seoul on Tuesday, Nagamine told reporters that he was instructed by his government to seek meetings with key officials here including Acting President Hwang on the matter "even right away." 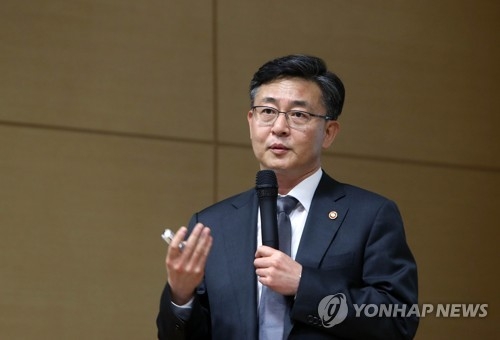