Ex-chief of staff Kim Ki-choon and former Culture Minister Cho Yoon-sun were indicted in February for masterminding the creation and management of the list, which was allegedly used to exclude certain artists from state support.

Kim is known to have exerted immense influence on state affairs while in office from 2013 to 2015. Cho served as the senior presidential secretary for political affairs from 2014 to 2015 and became the culture minister last year. 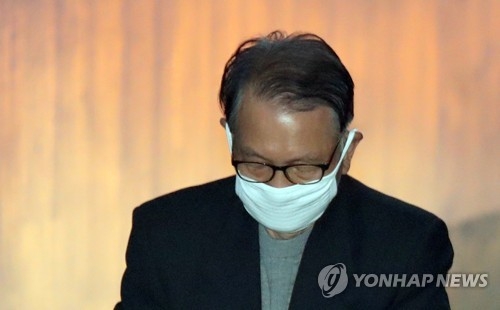 During the hearing at the Seoul Central District Court, Kim's legal representative said the former chief of staff is a scapegoat for a politically biased investigation and the court of public opinion.

Cho, meanwhile, said there are "misunderstandings" in the allegations raised against her.

"I will truthfully and fully testify what I have gone through so far and sincerely take part in the court proceedings with my lawyers," she told the court.

The two have been in custody since January. Cho, the country's first incumbent minister to be arrested, resigned shortly after the same court issued an arrest warrant.

The courtroom was filled with dozens of reporters and citizens.

A woman in the audience was restricted by court officials after shouting that artists are suffering from the alleged blacklist. 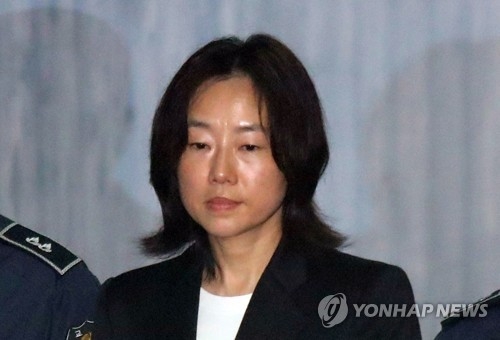