SEOUL, April 7 (Yonhap) -- Every block of drab, identical-looking high-rise apartments may be the first impression people get about homes in South Korea.

While that might be true to some extent, what looks about the same on the outside is never quite so on the inside, as these monolithic residences are being transformed into sleek and modern living spaces.

The home remodeling business is flourishing in Asia's fourth largest economy, driven by demand from homeowners opting to redecorate properties to their own liking.

Lee Na-hyun, a 36-year-old mother living in Jamsil, east of Seoul, renovated her apartment last year when she moved in with her family. She took the time to pay numerous visits to the biggest interior business district in the city, because she wanted to choose every item herself for the remodeling.

"It took a great deal of time and labor, but was all worth it because I wanted to take charge of the whole process, which had thrilled me seeing the (interior) change for the better," she told Yonhap News Agency on Thursday. 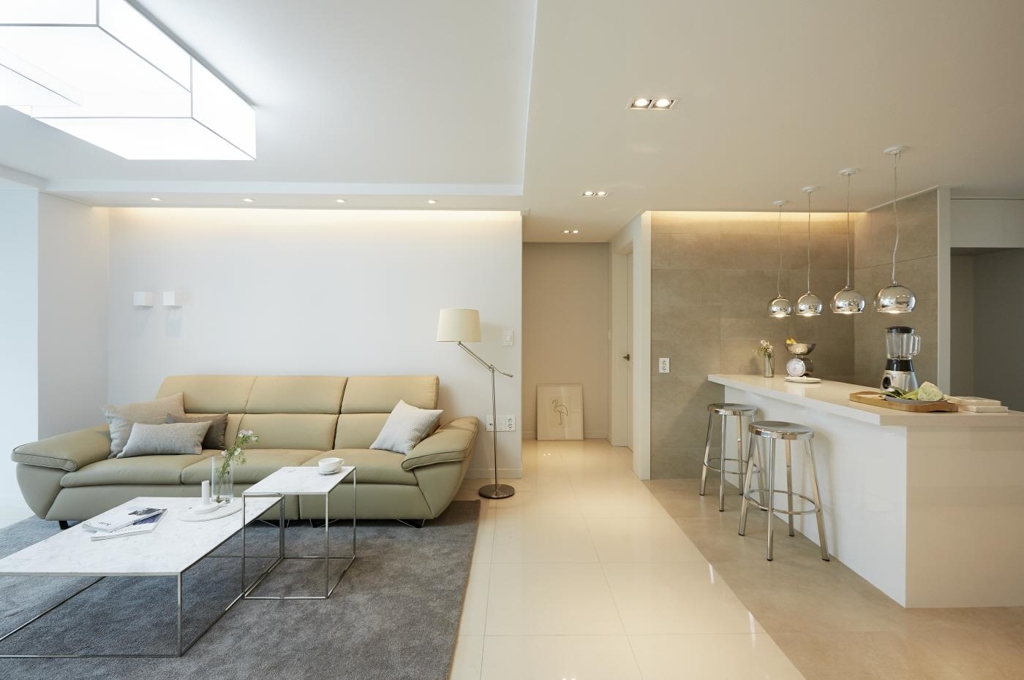 She replaced the floor with Herringbone-pattern wood, one of the most popular picks for floors these days, overhauling the kitchen with non-glossy cabinets painted in dark ash gray for the bottom, and cream ivory on the top.

"The only regret I have is the custom-built wardrobe in our bedroom. I love the simple design and color, but the handles are a little loose. I guess we tried to save too much (money)," Lee said while grinning.

Robust demand for home remodeling has spurred market growth, with the industry predicted to be valued at 11 trillion won (US$9.78 billion) as of end-2015.

Most of the home renovation business in Korea is tailored to apartment remodeling, as such residences accounts for 60 percent of all housing in the country, according to Korea Statistics.

Hanssem Co., a leading manufacturer of home furniture, has seen its revenue in the home remodeling unit grow by nearly tenfold to 318.1 billion won from 2008 to 2015. It plans to bolster its house remodeling brand Hanssem Rehaus, by opening 10 large stores this year.

Data provided by online shopping mall 11st showed that the sales of home improvement items and decorative accessories jumped by 68 percent and 92 percent each between 2014 and 2016. Its home furniture sales, including bathroom components, grew almost fivefold over the cited years.

"Living and interior items are selling well as more consumers, particularly those in their 20s and 30s, opt to spend big on refurbishing their homes for their self-satisfaction," Han Ji-hyun, a manager at 11st's furniture merchandise unit, said. 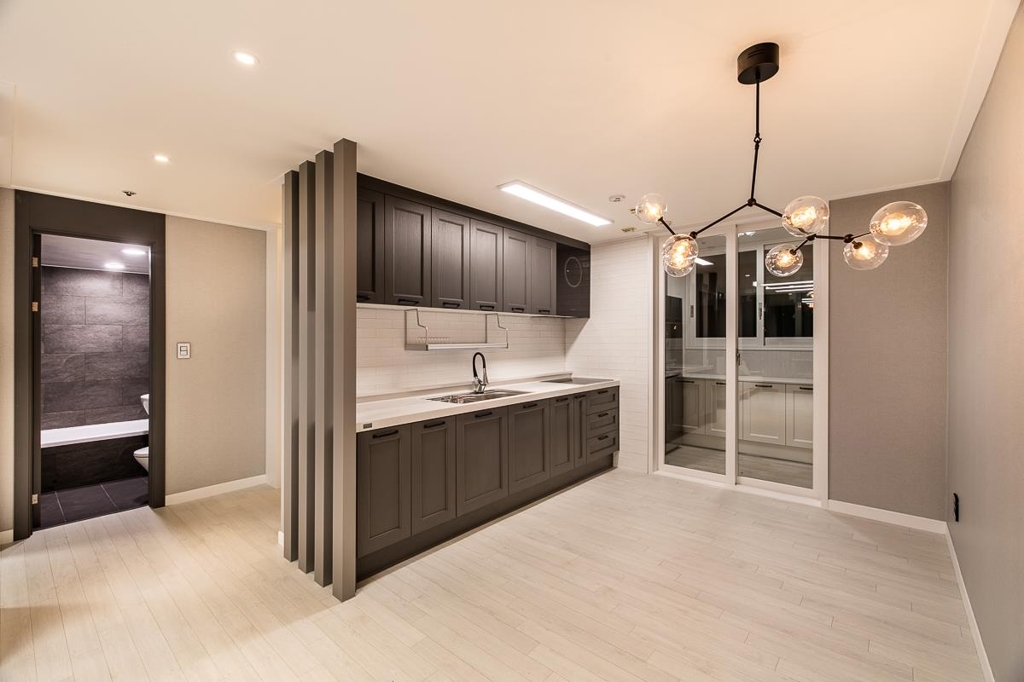 Older homes are cited by experts as a key factor that has been driving the demand. More than half of the apartments nationwide are now more than 15 years old, with the portion of those that were built over 30 years ago standing at 16.3 percent, government data showed.

"In the past, homeowners adapted themselves to their living spaces, whereas these days, people are willing to bear the cost to overhaul the place in the way they want it to be," Hur Yoon-kyung, a researcher at the Construction Economy Research Institute of Korea.

"And this does not only apply to younger families but also to the middle-aged in their 40s and 50s who have financial means to pay for the expenses."

Homeowners can also anticipate profit gains from the renewed house when they sell it, as it will add more value compared to unrepaired ones, Hur added.

The burgeoning demand has prompted some canny IT startups to set up businesses engaging in the home remodeling market. Notably, there has been an increase in the online-to-offline (O2O) firms that provide a matching service between a renovating company and a homeowner wishing to remodel a house.

Zipdeco is one thriving online remodeling service provider that caters to those who are out on a search for the right company based on their preference and budget. 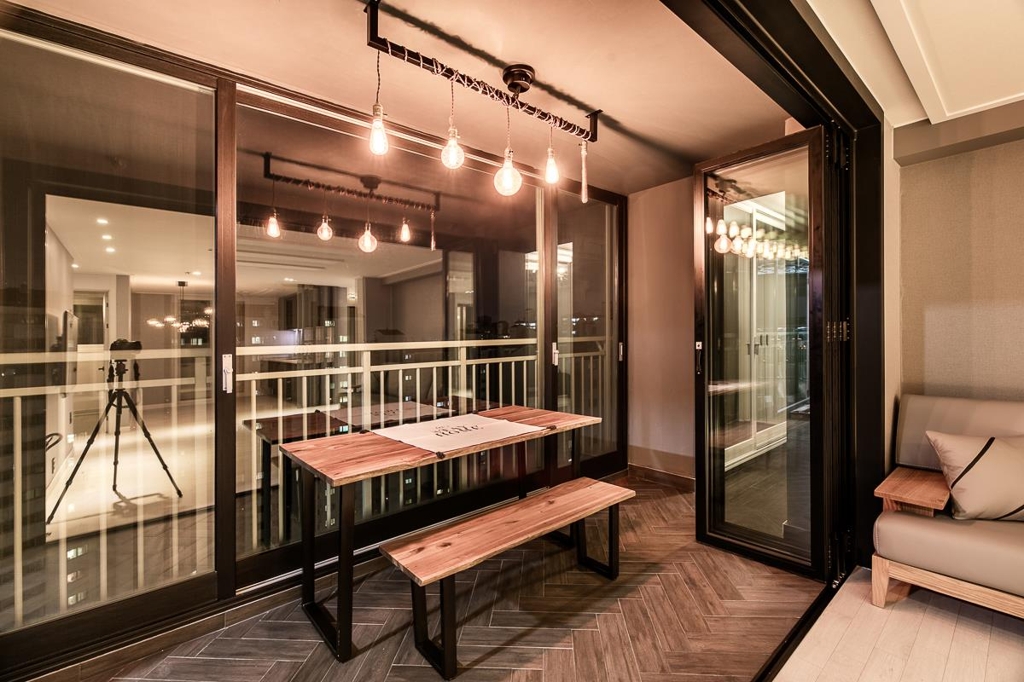 "We offer our own consulting and inspection throughout the course of the renovation, so that the customer can be informed of any need for additional repairs and minimize disputes with the contractor," said Song Joon-ho, the head of Zipdeco's operator Onsum Inc.

Launched in 2015, Zipdeco has partnered up with over 400 remodeling contractor companies with the number of online visitors hitting 200,000 on a daily basis via Internet portals and social network services (SNS).

According to Zipdeco, the remodeling trend has been leaning toward the concept of minimalism, with customers choosing two or three colors at most for the finishing materials to keep the overall color tone of the house simple.

"Recently we've had many customers falling for white or gray for the walls, and gold pink or mild black to give highlights on doors or the kitchen. At the end of the day, it's really a restyling of the house that customers are after," Song said.