SEOUL, April 6 (Yonhap) -- The Seoul city government said Thursday it will restrict old diesel cars from the capital area as part of efforts to cut the fine dust particle levels in the air.

Rolling out new measures to improve the city's air quality, the Seoul Metropolitan Government said that superannuated diesel vehicles without pollution control equipment will be subject to tougher regulations and barred from entering Garak Market, the nation's largest agricultural and marine products wholesale market in southern Seoul, starting in September.

Old 2.5-ton and heavier diesel trucks built before 2005 will also be banned from parking at Garak Market from this fall, the government said.

Beginning next year, all old diesel vehicles without pollution control gear will be banned from the Seoul metropolitan area, regardless of the location of registration, it noted.

The latest measures came as diesel-powered vehicles are accused of playing a key role in environmental pollutions.

South Korea has been grappling with clouds of fine dust particles, believed to mainly come from the western deserts of China and domestic smog. The particulates are known to cause various respiratory problems while also affecting the body's immune system.

According to the metropolitan government, the yearly average of the level of PM-10 -- airborne particles 10 micrometers or less in diameter -- in the city has increased last year.

The city government attributed the increase to the rise in the number of diesel cars and pollutants coming from inside and out of the country, and more secondary pollutants created from the rising average temperature. 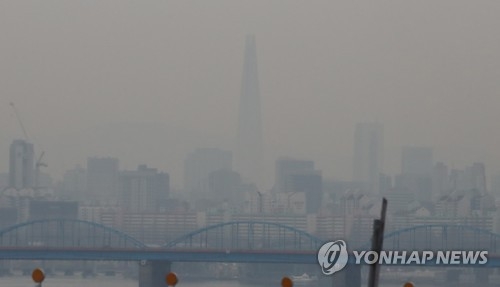