SEOUL, April 6 (Yonhap) -- In 2015, illustrator Yoy Han jumped on a plane bound for Thailand to travel alone. There was no particular reason except that the country naturally came to mind when she thought about all-sunny, tropical weather, similar to her imaginary heaven.

For two months, she traveled around the country, aimlessly lying on the beach, swimming, making local friends, and painting and drawing whenever she found things to express. She used various miscellaneous items discarded on the beach, such as wooden plates and plastic bottles, for her paintings. When water was not available, she fetched some from the sea. 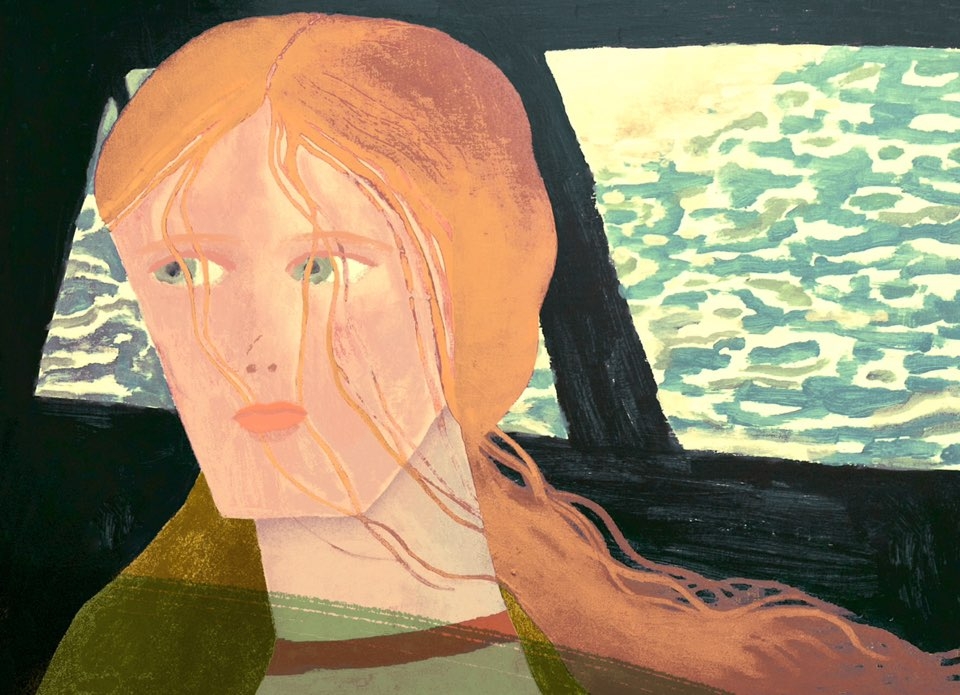 "I had painted mostly based on photos. So it felt so good that I actually observed things and painted what I saw," the 27-year-old artist said during an interview with Yonhap News Agency in Seoul on Thursday. "It was the happiest moment of my life."

Young artist Yoy Han is known for her tropical-themed paintings and exotic illustrations. She illustrates book covers, designs for stationery and also works as an independent artist.

These days she is working on what she called "aimless paintings."

"For illustrations and book covers, I create and edit my work according to what my clients want. Sometimes I paint people's face without a clear purpose, which makes me feel relaxed."

Square-jawed, strong-build Caucasians -- contrary to her baby-face and slender build -- dance, kill time, or enjoy themselves in the intense summer heat. Expressionless but carefree, they don't seem to be bound by earthly concerns. Through brash tropical plants, fantasy jungle animals -- such as a pink cheetah -- and other exuberant motifs, she creates an imaginary paradise that she yearns for and escapes to whenever necessary.

Her works are being shown in the group exhibition "Cafe Society" at the Seoul Museum of Art, a curatorial exhibit that runs through Sept. 10 and is designed to attract young Korean art lovers by bringing the relaxed and hip cafe concept into a formal museum setting. For the summer edition of the show, she will present six pieces from her "The Dreamers" series. 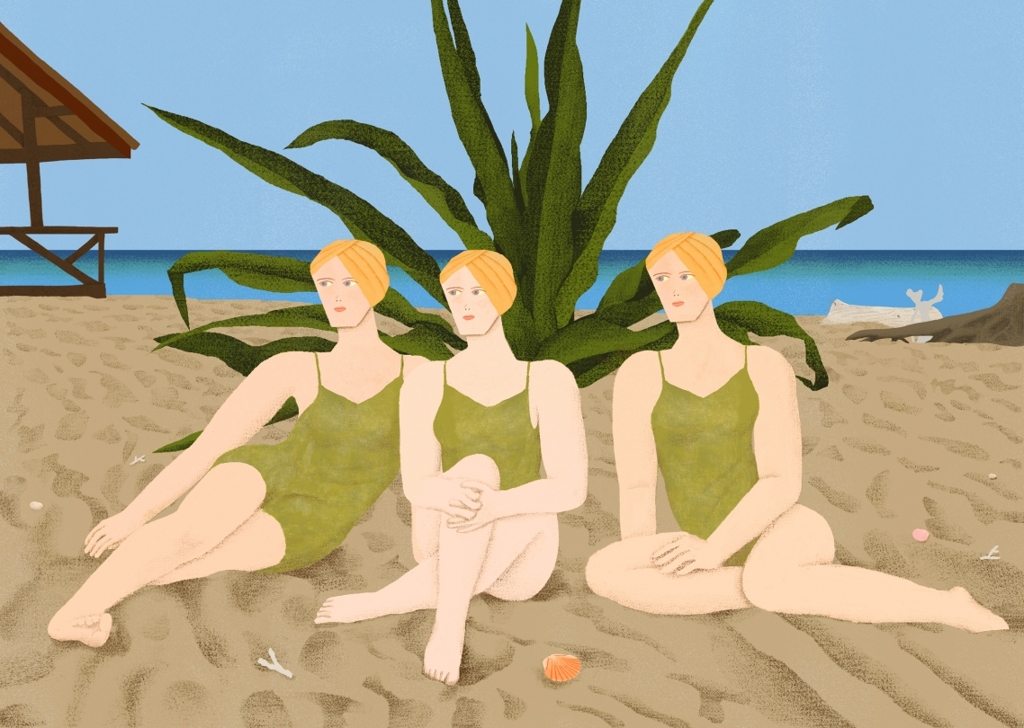 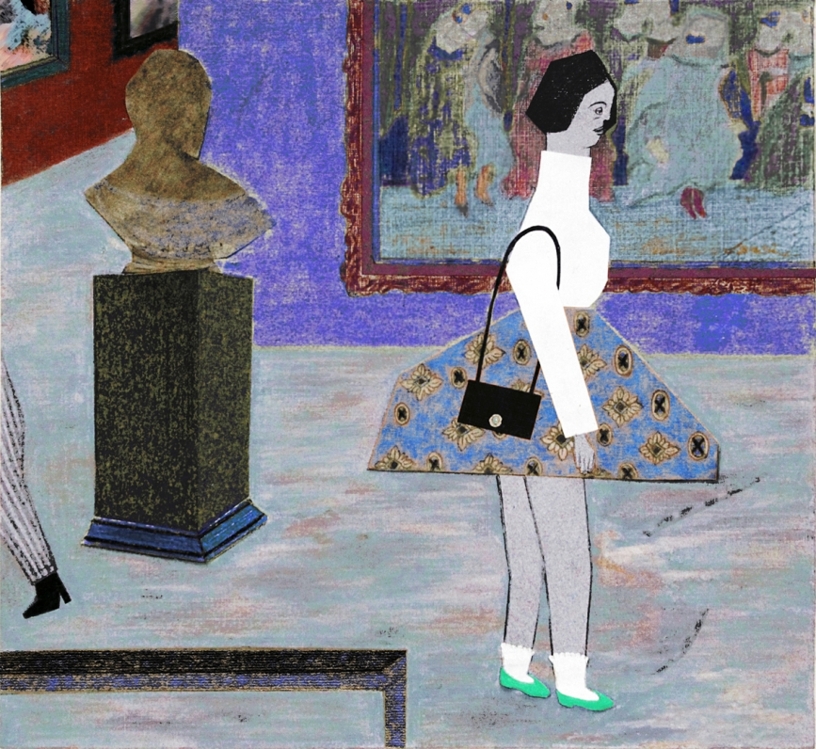 Growing up, she didn't seriously consider studying art. But one day when she was in her first year in high school, painting helped her relieve stress in what she described as a "thrilling" experience. At that time, she painted colorful rays of energy spewing from the mouth. From then on, she felt compelled to paint.

She said her experience a few years ago of being suddenly disappointed by someone close to her left her feeling empty. The hollowness led her to hanker after the fantasy world in her mind that she could rely on.

"Up to that point, I'd never been to a tropical country. But I felt comfort when I got down to paint the bold, primary colors. It boosted my energy too," she said.

It should, however, remain an imaginary place, nonexistent in the world, she added.

"It only exists in my mind. I know there is no such place as a perfectly good place to live in. In reality, you will eventually get to see the bare face of the place that you believed would be perfect. Over time, you will long for another paradise." 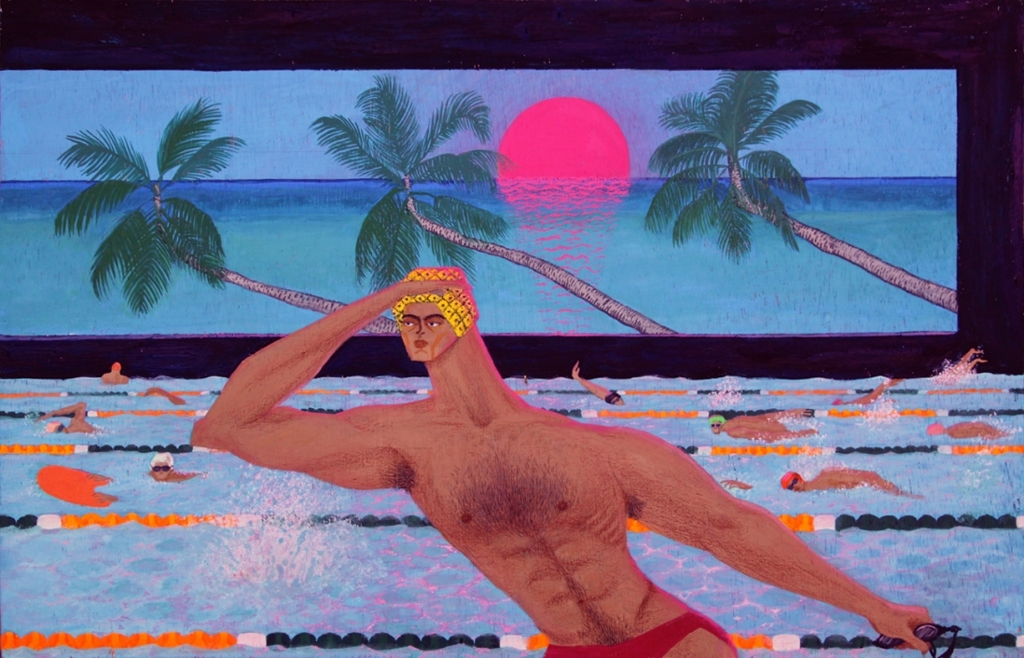 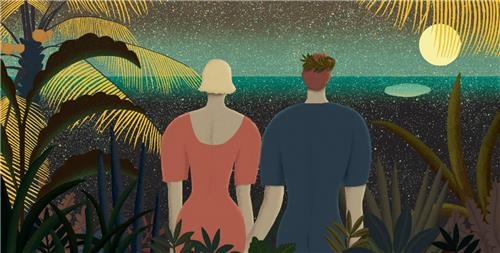