SEOUL, April 6 (Yonhap) -- Thousands of South Koreans on Thursday asked the Constitutional Court to rule on the legitimacy of the government's ongoing installment of a U.S. missile defense system, the plaintiffs said.

A total of 2,550 citizens joined the petition, claiming that the deployment violates their constitutional rights to "peaceful life, health, healthy environment and freedom of occupation."

The plaintiffs included hundreds of residents from Seongju, chosen as the site for a U.S. Terminal High Altitude Area Defense (THAAD) battery, and neighboring Gimcheon, about 300 km southeast of Seoul. 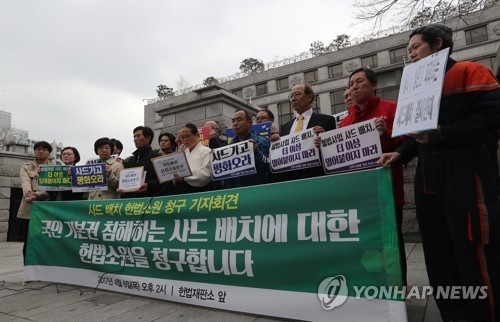 During a press briefing held in front of the court in central Seoul, they said the deployment violates people's basic rights to live without fear or danger of war.

They also said the government violated the Constitution by not seeking the nearby residents' agreement in the process of making the decision.

The legal action came amid China's apparent economic retaliations against South Korean retail giant Lotte over handing over a part of its properties in Seongju to the military to be used for the THAAD battery.

Beijing has strongly denounced the deployment, saying it will be used to monitor its own military, though Seoul and Washington maintain that it is designed to defend better against growing missile threats from North Korea. 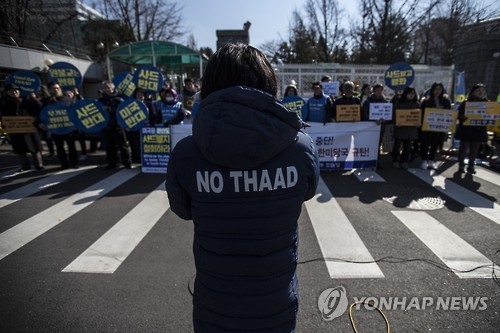