WASHINGTON, April 6 (Yonhap) -- The U.S. military is capable of intercepting North Korean missiles before they reach U.S. targets, the commander of the U.S. Northern Command and commander of the North American Aerospace Defense Command said Thursday.

"I am confident in our ability to employ the Ground-based Midcourse Defense element of the Ballistic Missile Defense System to defend the Homeland against a limited long-range ballistic missile attack from North Korea," Gen. Lori Robinson said in a statement submitted for a Senate Armed Forces Committee hearing.

During the hearing, Robinson was also quoted as saying the North "can't reach our homeland."

"I'm confident, should he do that," she said, referring to the North's leader Kim Jong-un.

"Kim is pursuing a systematic program to develop, test, and field a viable weapon system as a deterrent to a regime-ending attack. In many cases, failed tests provide just as much insight, if not more, than a successful test," the commander said. 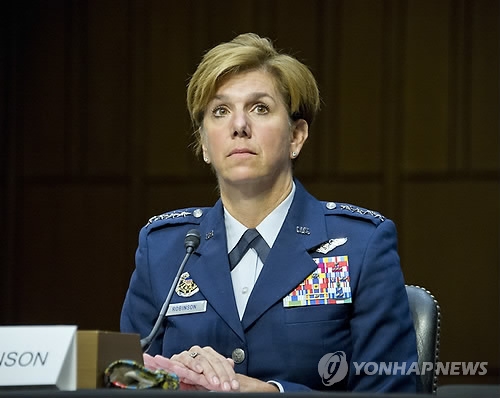