Operating profit is estimated at 9.9 trillion won (US$8.76 billion) in the January-March period, compared with 6.68 trillion won posted a year earlier, the South Korean tech giant said in its regulatory filing.

It marks the second-highest quarterly operating profit ever posted by Samsung Electronics. The current record was set in the third quarter of 2013, when Samsung's operating profit hit 10.1 trillion won.

The first-quarter operating profit was above the market's earlier estimate of 9.43 trillion won, compiled by Yonhap Infomax, the financial news arm of Yonhap News Agency, on 22 South Korean brokerage houses.

Samsung has been facing various challenges since last year, including the suspended production of the Galaxy Note 7 phablet and the arrest of the firm's de facto head Lee Jae-young in line with the corruption scandal that led to the ouster of South Korea's president.

Industry watchers, however, said Samsung's strong performance in chip sales is forecast to have helped improve its bottom line.

Local brokerages said the global chip industry has been enjoying a boom since the second half of 2016. Samsung is expected to have posted a sound operating profit from its chipmaking business, which may have reached a whopping 6 trillion won.

The South Korean tech giant posted an all-time high operating profit of 4.9 trillion won in the chip segment in the October-December period of 2016.

Although its IT and mobile business is presumed to have posted lackluster earnings on the suspension of the ill-fated Galaxy Note 7, industry watchers said the Galaxy S8 and the Galaxy S8 Plus, which will hit shelves this month, will help the company recoup earnings down the road. 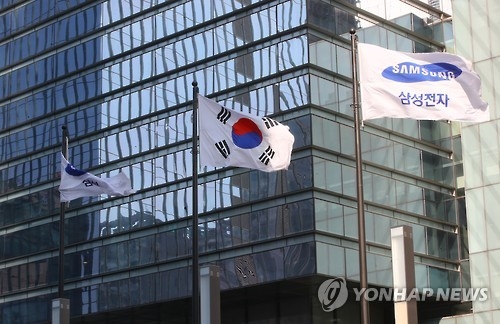