SEOUL, April 7 (Yonhap) -- South Korea's unification ministry on Friday repeated its call for North Korea to abandon its obsession with nuclear weapons and missiles as Pyongyang ratcheted up its bellicose rhetoric.

North Korea's foreign ministry on Thursday released a memorandum that says the United States should be totally accountable for a possible outbreak of war on the Korean Peninsula, no matter who launches a pre-emptive attack.

Seoul's unification ministry urged North Korea to walk on the path toward denuclearization.

"The release of the memorandum appears to be aimed at bolstering internal solidarity and sending a message toward the outside world," Lee Eugene, a ministry vice spokesperson, told a regular press briefing.

North Korea should realize that it will find itself facing further troubles if it sticks to staging military provocations and developing nuclear and missile programs, Lee said.

Pyongyang has conducted five nuclear tests since 2006 and fired many ballistic missiles in defiance of international condemnation.

Analysts said that the North may conduct another nuclear test or launch a long-range missile around the country's key anniversaries in April, including the 105th birthday of late founder Kim Il-sung on April 15.

"We think that North Korea is ready to carry out the sixth nuclear test at any time upon the leadership's decision," Lee said. "We are closely monitoring the situation in collaboration with the U.S." 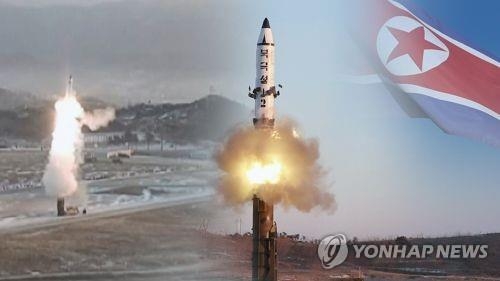