SEOUL, April 7 (Yonhap) -- South Korea's top envoy to Myanmar has offered to resign after it was revealed that a close friend of Park Geun-hye, who was ousted as the country's president over a corruption scandal, was involved in his appointment, a foreign ministry official said Friday.

"Ambassador Yoo Jae-kyung officially expressed his intention to resign Thursday," the official said on condition of anonymity. "He cited personal reasons for the decision."

His resignation was apparently related to the revelation that Choi Soon-sil, a confidante to former President Park, was behind his appointment.

Yoo, 58, a former senior executive at Samsung Electro-Mechanics Co., had no experience in diplomacy when he was appointed to the post in May 2016, spawning speculation over who was behind his recommendation.

In an investigation into the massive scandal involving Park and Choi, Yoo was summoned in late January to face questioning.

During the interrogation, he testified that he met Choi several times and became the ambassador following her recommendation. The investigation revealed that Yoo was chosen for the post to help Choi's business in Myanmar.

The ministry will likely accept the resignation offer, with Yoo then expected to return to South Korea later this month, according to the official. 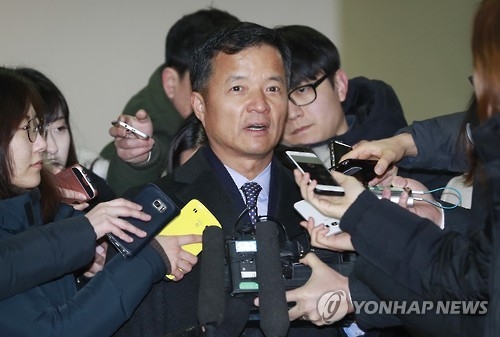