The latest figure marks an 82.4 percent jump from 505.1 billion won posted in the January-March period of 2016, South Korea's No. 2 tech giant said in a regulatory filing.

It also turned black from an operating loss of 35.2 billion won posted in the fourth quarter of last year, the data showed.

LG Electronics' first-quarter operating profit was estimated at 609.5 billion won, up 20.6 percent from a year earlier, according to the data compiled by Yonhap Infomax, the financial news arm of Yonhap News Agency on 20 local brokerage houses.

The company is set to deliver the finalized earnings report later this month.

The operating profit and sales both mark the second-highest quarterly figures ever posted by LG. They also set a new record in terms of first-quarter performances.

Industry watchers said the healthy performance is attributable to the improved profitability of the company's TV and home appliance businesses, while it also successfully reduced losses from the smartphone business.

LG has been seeking to improve the profitability by focusing on selling premium products.

LG's high-end home electronics brand, "LG Signature," has been gaining popularity around the world. Its OLED TV line-up, which took up 10 percent of its TV sales, is expected to reach 15 percent this year, adding to its profitability.

While its smartphone business still remains uncertain, the latest G6 smartphone is said to enjoy stronger performance compared to its predecessor, the G5. The G6, however, is expected to have a limited impact on the January-March performance as it was released only last month.

Shares of LG Electronics closed at 70,900 won on the main bourse Friday, up 0.42 percent from the previous trading session. 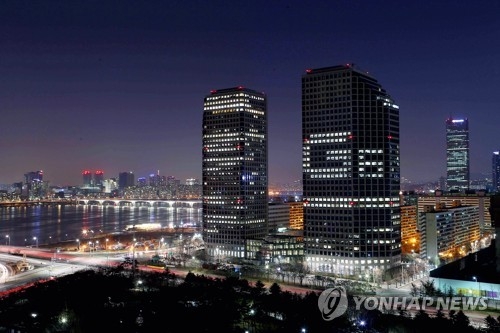