(ATTN: UPDATES throughout with details, background)
By Chang Jae-soon

The two sides reached the agreement, sharing the view that the North's nuclear advancement has reached "a very serious stage," Secretary of State Rex Tillerson said during a briefing on the outcome of the summit talks at Trump's Mar-a-Lago resort in Florida.

Tillerson also said that the U.S. is prepared to chart its "own course" if necessary, echoing Trump's repeated warning that the U.S. will take unilateral action unless China helps rein in the North.

The results fall short of high expectations that Trump would press Xi hard to solve the North Korea problem as the only country that has any meaningful influence over Pyongyang.

However, the talks produced progress in Trump's efforts to reduce the trade deficit with the world's No. 2 economy.

Secretary of Commerce Wilbur Ross said that the two sides agreed to a "100-day plan" aimed at increasing U.S. exports to China and reducing the trade deficit with the country. 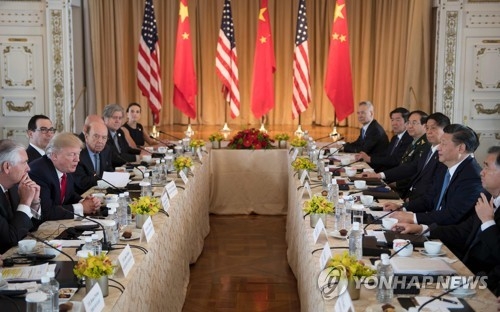 But Beijing has been reluctant to use its leverage for fears that pushing the regime too hard could result in instability in the North and even its collapse, which could lead to the emergence of a pro-U.S. nation on its border. 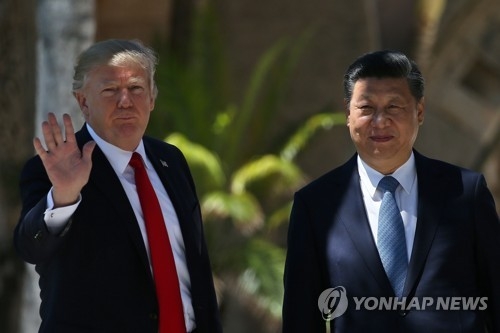