The North Korea premier accompanied the leader on his field guidance for the first time this year.

The North's ruler praised the farm as an "icon and standard" of the country's mushroom farms, saying that it will help improve North Koreans' diet.

Kim voiced satisfaction that the equipment of the farm was made with indigenous efforts, technology and materials, according to the report.

Kim has visited several factories in an apparent bid to show the image of a leader caring for ordinary North Koreans amid tough international sanctions. 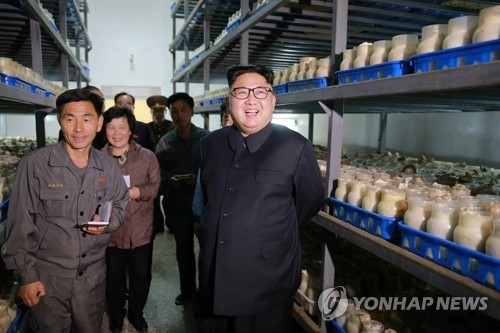