MOKPO, South Korea, April 8 (Yonhap) -- Workers started the final phase of testing on Saturday that could move the salvaged wreck of the Sewol ferry onto land if successful, government officials said.

Lee Cheol-jo, a senior government official in charge of the salvage operation, told reporters that workers will try to move the ferry onto land on Sunday if the final test succeeds.

A total of 600 module transporters, or platform vehicles with a large array of wheels used to move massive objects, have been deployed, according to the Ministry of Oceans and Fisheries. 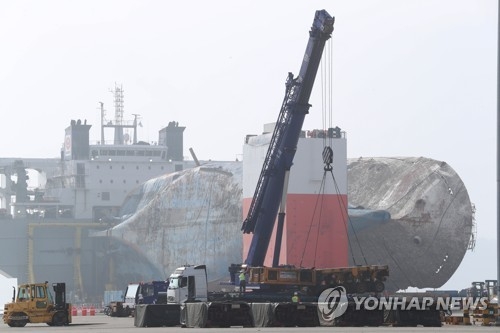