The South Korean left-hander allowed two earned runs on six hits, including a home run, in 4 2/3 innings against the Colorado Rockies, which went on to beat the Dodgers 2-1.

Ryu struck out five and walked one, looking sharp at times at Coors Field, a notorious hitters' park.

Ryu made just one start over the past two seasons with injuries. He missed the entire 2015 season after shoulder surgery. He returned to make one start in July last year before shutting down with elbow problems. 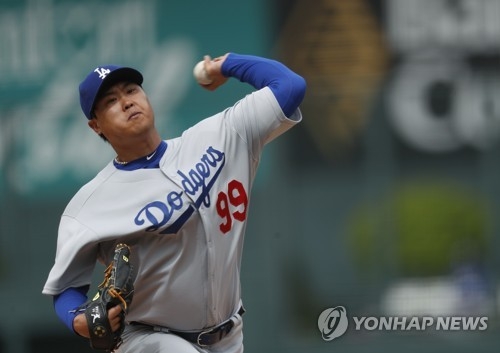 Facing a potent lineup, Ryu gave up his first run in the first inning.

A pair of one-out singles put two men on board for Nolan Arenado, who jumped on a 1-0 fastball for an RBI double to left.

Ryu settled down to get Trevor Story to pop out to first base and then strike out Mark Reynolds on a 0-2 fastball.

Ryu got a double play ball off the bat of Charlie Blackmon in the second, working around two errors -- including his own throwing error -- in the inning. He retired the side in order in the third and the fourth innings, picking up three strikeouts along the way,

The Dodgers tied the score at 1-1 with a groundout by Enrique Hernandez in the fourth, but Ryu gave up a go-ahead solo home run to Dustin Garneau to start the fifth inning.

The home run came on a first-pitch fastball clocked at 89 mph.

A single and a walk followed. Ryu got D.J. LeMahieu to hit into a double play, but an infield single by Carlos Gonzalez ended Ryu's day after 77 pitches, 55 of them for strikes.

Ross Stripling came on to strike out Arenado to end the inning.

Ryu, who touched 93 mph with his fastball, said afterward he was disappointed to not have gone five innings. He reported no pain in his elbow or shoulder otherwise.

"I ran up my pitch count early in the game, and not getting through five innings was the most disappointing part of this game," he said. "But on the other hand, I didn't feel any pain throwing. I think that's a positive." 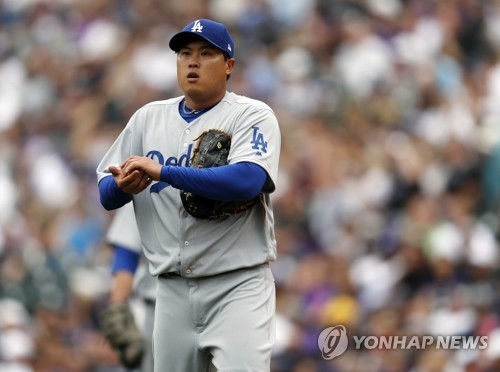 Ryu said he was overly cautious early in the game, trying to keep the ball in the park where, given its high altitude and thin air, balls tend to fly.

While his fastball velocity was certainly encouraging, Ryu said he was also happy with his changeups.

"I've been throwing good changeups since spring training," he said. "I've been working hard on that pitch because I am not an overpowering pitcher and I have to rely on my command."

The 30-year-old said he didn't have any special feelings on the mound in his long-awaited return, adding, "I get nervous before every game, but I wasn't as nervous today as I was earlier in my career."

"I think the key is to maintain my command as I go deep into games," said Ryu, who won 14 games in each of his first two seasons. "

As for pitching at Coors Field, Ryu said, "I think a starting pitcher should get ready for every game the same regardless of the ballpark."