The Seoul government viewed the latest phone talks as evidence supporting that high-level communication channels between the allies are smoothly working even in the midst of a leadership vacuum sparked by the ouster of former President Park Geun-hye.

Trump discussed North Korea's launch of a ballistic missile with Japanese Prime Minister Shinzo Abe over phone on Wednesday. But there were no phone talks with Hwang, sparking concerns that Seoul may be left out in discussion responses to Pyongyang's nuke and missile issues. 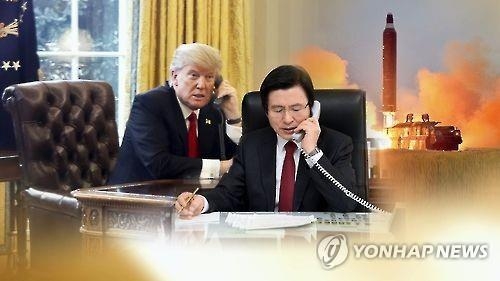