The coffee consumption in Asia's fourth-largest economy is estimated to have reached about 25.05 billion cups at the end of 2016, up 25 percent from 10 years ago, according to industry data.

Market watchers said rapid growth in consumption of brewed coffee drove up the industry's overall expansion. The local brewed coffee market has grown by more than six-fold to a value of some 5 trillion won as of 2016, from 800 billion won in 2006.

Starbucks, the most popular coffee chain in Korea, saw its annual revenue top the 1 trillion-won mark for the first time last year, after it tapped the local market in 1999 with the first branch near a university west of Seoul.

The burgeoning demand for coffee has prompted businesses to diversify sales channels to keep their market presence intact. Paul Bassett Korea began to offer alcohol beverages at some branches, while other rivals launched delivery services to customers via mobile delivery apps.

"As the coffee market is becoming more saturated, it's going to be harder for businesses to survive if they don't adapt themselves to the fast-changing trends," an industry source said.

The size of the domestic coffee market stood at 8.79 trillion won as of end-2016, nearly tripling from a decade ago. 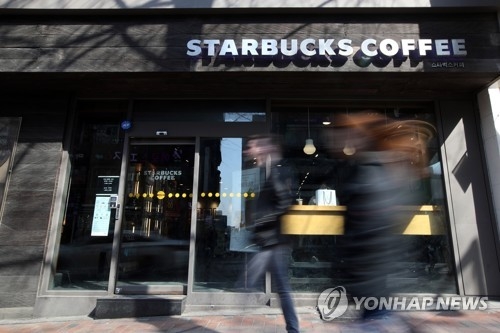