SEOUL, April 9 (Yonhap) -- Prosecutors on Sunday requested an arrest warrant for a former presidential secretary in connection with a corruption scandal that led to the removal of former President Park Geun-hye from office.

Woo Byung-woo, who served as senior presidential secretary for civil affairs from 2015 to 2016, faces charges of abuse of power, dereliction of duty and perjury, prosecution sources said.

The former close aide to the ousted president is accused of aiding and abetting her longtime friend Choi Soon-sil in meddling in state affairs.

Prosecutors also suspect he tried to disrupt a special presidential inspector's investigation into the scandal and interfered with personnel issues of government officials.

He is also charged with lying under oath at a parliamentary hearing when he denied intervening in a prosecution probe into failed rescue efforts during the 2014 sinking of the Sewol ferry.

Woo was questioned by the prosecution on Thursday and Friday as a key suspect in several cases connected with the massive influence-peddling scandal, which led to arrests of the former president and her confidant and key aides. Woo has denied any wrongdoing.

A court review is expected to be held on Tuesday, the sources said.

In February the independent counsel that looked into the scandal sought a warrant to arrest Woo. But the request was rejected by a court. 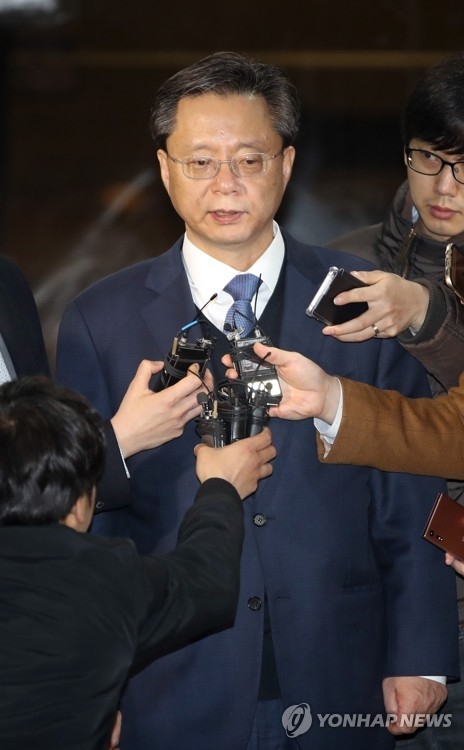