South Korea, world No. 23, won all five games it played, and will now move up to Division I Group B, the third-highest level in the IIHF World Championships series.

More importantly, the championship was a major boost to the collective confidence of the team that used to routinely lose by double digits. Scoring more than a goal in a game was a pipe dream.

But when South Korea makes its Olympic debut as the host at the 2018 PyeongChang Winter Games against the three top-10 nations -- Sweden, Switzerland and Japan -- it will do so with the belief that it will no longer be a pushover. 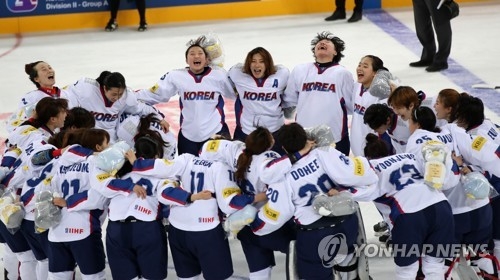 In winning all five games at the worlds, South Korea made strides both on and off the ice.

Its special teams were particularly strong, and the numbers bear that out. South Korea had the best power play in the tournament, scoring nine times in 27 chances for a 33.33 percent success rate. It also killed all 13 penalties and finished as the only team not to have allowed a power-play goal.

That wasn't the case at the Asian Winter Games in Sapporo, Japan, two months ago, when South Korea had a hard time getting organized on power plays even against heavy underdogs like Thailand and Hong Kong.

In five games there, South Korea was just 1-for-19. And in two losses to Kazakhstan and Japan, South Korea failed to score on 11 power-play chances combined.

Head coach Sarah Murray said after the Asian Games that the team's power plays simply had to get better, and she took the players back to the drawing board.

The team arrived in Gangneung, some 230 kilometers east of Seoul, a week before the start of the competition, and the focal point of the daily sessions quickly became the special teams.

"In the first session of every single day, we did 45 minutes of power plays," she said. "We broke down all of the opponents' power plays and looked at other teams penalty kills. We figured out where their weaknesses are. It's all coming together now. We're getting some goals and getting some confidence."

The players' conditioning became an issue during the Asian Games when the team played five matches in eight days. 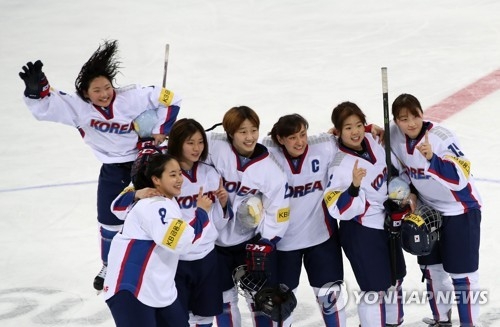 The hard work paid off in Gangneung, where South Korea played five games in seven days, and withstood early pressure against bigger and stronger teams.

Against Britain last Monday, South Korea had to deal with some strong forechecking from early on. Instead of running out of gas against the pressure, the South Koreans took what the Brits gave them and then responded with two goals late in the first period.

On Saturday, the Netherlands came out pushing the South Koreans around, often winning puck battles down low and double-teaming puck carriers to create turnovers in the scoreless first period. The smaller South Koreans went down, got up and ended up winning the game 2-0.

Murray said Saturday's efforts in particular had as much to do with her players' mental fortitude as their physical strength.

"Usually in the past, if we weren't winning the first period or if we were down by one, or if we were 0-0 when we should've been winning, the team would be defeated before we even went out for the second period," Murray said Saturday. "But today, we had a kind of a rough start in the first period, but we came back into the locker room, and everybody regrouped. The players came out harder, which is phenomenal. They've matured a lot."

Randi Griffin, a naturalized half-Korean born in North Carolina, said she was also proud of the way the young team -- there were eight teenagers among 22 players -- has matured as a group.

Murray also enjoyed more depth than she did in Sapporo. Three naturalized players, including Griffin, finally became eligible to compete for South Korea after sitting out the Asian Games.

Joining Griffin on offense was her linemate Danelle Im, born in Toronto to Korean parents. Marissa Brandt, a Korean native later adopted by an American family, shored up the blue line as one of the top-four defensemen.

Im and Griffin were a force on offense -- they connected for a pretty goal against Slovenia in the tournament opener -- and Brandt, tied for third on the team with three assists, had a plus-2 rating.

Missing in the competition was Canadian-born forward Caroline Park.

These players have been brought in to boost South Korea's competitiveness for PyeongChang, and also to help young players along with knowledge and wisdom picked up from North American collegiate hockey.

Brandt said she does feel some pressure about the added role as a player from overseas, but she's willing to embrace it.

"I just try to bring all the knowledge I've learned growing up," she said. "I think it's my responsibility to share everything I've learned and to make this team better." 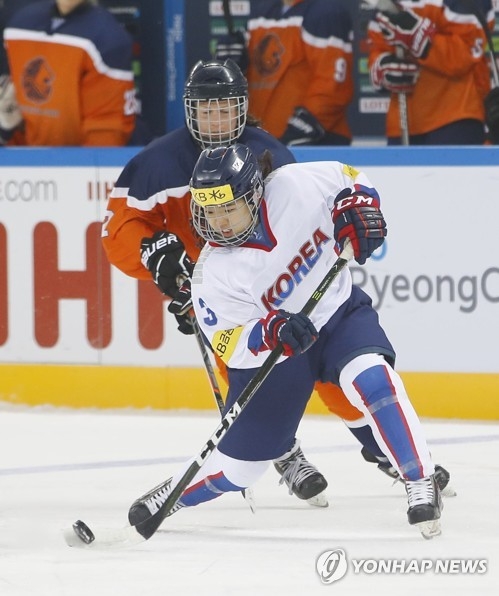 And in the meantime, the team's teenage players continued their remarkable growth at the world championships. In three of the five games, three teenagers were named South Korea's best players -- forwards Kim Hee-won and Lee Eun-ji, and defenseman Eom Su-yeon.

Eom led all defensemen at the competition with five points. As the quarterback on the first power-play unit, the 16-year-old also provided some much-needed stability while playing with poise well beyond her years.

Lee, 16, scored a goal against North Korea on a team-high five shots. She has thrived playing with two veteran forwards: Park Jong-ah and Han Soo-jin. Kim, still only 15, is a great package of size, skills and grit. She has a booming shot -- which makes her an ideal fit to play the right point on power plays despite being a forward -- and is very hard to knock off the puck.

Despite the optimism surrounding the team, South Korea largely remains a work in progress, and those who have been around long enough to witness the progress so far said more work has to be put in all areas. 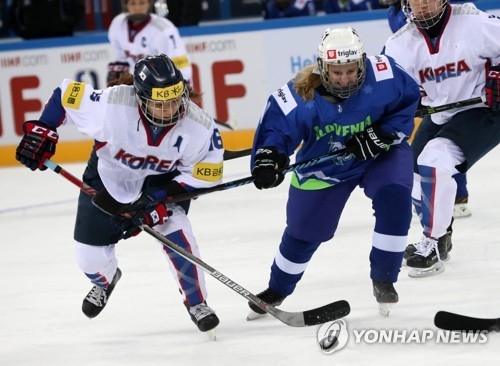 "The world championships and the Olympics will be completely different," said Han, who scored both goals in the 2-0 win over the Netherlands. "In terms of our strength and skills, we have to get better."

Specifically, South Korea has to avoid preventable lapses on defense. Murray stressed the need to play well in all zones -- offensive, defensive and neutral -- to have success.

To do all that and more, the players will have to "show up on time," the coach added.

"In the Olympics, teams are so good that we can't have a bad first period and then recover in the second," she said. "We have to make sure we show up in the first period at puck drop, not a period later."

South Korea may never play at the Winter Olympics again after PyeongChang 2018, unless the country hosts another Winter Games. And that will happen years, if not decades, down the road, and that means the current group of players will most likely be competing in their first and last Olympics next year.

Danelle Im said the players have to stay in the present and concentrate on what's at hand.

"I think we need to just focus on our playing to get better each day and to be able to put our best version of this team forward to the Olympics," she said. "We must wear this jersey proudly and put up a really good competition." 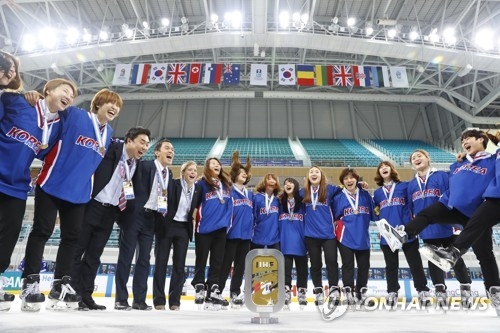