The March tally marked the first time in 15 months that the sedan's monthly sales surpassed 10,000 units, the automaker said.

In March, Hyundai Motor unveiled the updated version of the sedan, the Sonata New Rise, with the aim of boosting the company's market presence in South Korea. The new Sonata is a mid-cycle change of the seventh-generation Sonata launched in March 2014. Hyundai claims it has been overhauled to an extent that it could be viewed as a next model of the popular family car.

The automaker said 10,675 Sonatas were sold in the country, which includes 5,628 revamped Sonatas. This compares favorably with the 4,440 units sold in February and 3,997 in January. 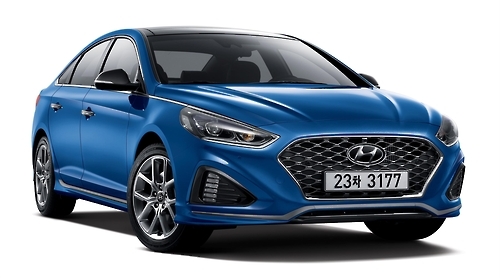