SEOUL, April 10 (Yonhap) -- South Korea has delivered all 20 of its KT-1P turboprop trainers to Peru, about three years after signing a US$200 million deal, paving the way for selling more trainers to the United States, Rwanda and other countries.

The Korea Aerospace Industries (KAI) said it has shipped four aircraft and built the remaining 16 in Peru under the government-to-government deal.

Peru was the third country to sign an export deal for the two-seat tandem basic trainers following Indonesia in 2001 and Turkey in 2007.

The KT-1P is a variant of the trainer jointly developed by the KAI and the state-run Agency for Defense Development (ADD) for the South Korean Air Force. The turboprop planes are mainly used to train military pilots, but they can be configured to conduct light attack missions if required.

The KAI has signed deals with seven countries, including Indonesia and Turkey, to export a total of 137 KT-1s and T-50 supersonic trainers. The company is also in talks with the other nations, including the U.S., to sell its advanced T-50 jets as well. 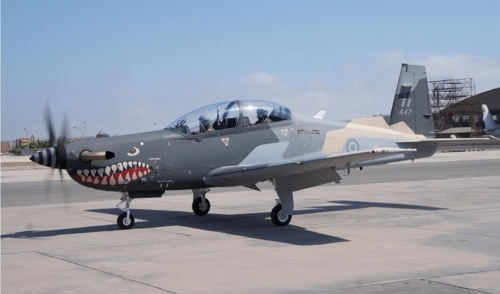