The country's net exports of goods under a merchanting arrangement came to US$9.46 billion in 2016, up $1.5 billion, according to data compiled by the Bank of Korea.

The increase is mostly driven by brisk sales of South Korea's smartphones built in overseas plants.

Profits from smartphone sales pushed up South Korea's net exports of goods under merchanting, a Bank of Korea official said.

Last year, Samsung Electronics Co., the world's largest manufacturer of smartphones, is said to have produced more than 90 percent of its smartphones abroad.

Experts said overseas production of smartphones could enhance price competitiveness and boost its share in global markets, though it has little effect on employment and investment at home. 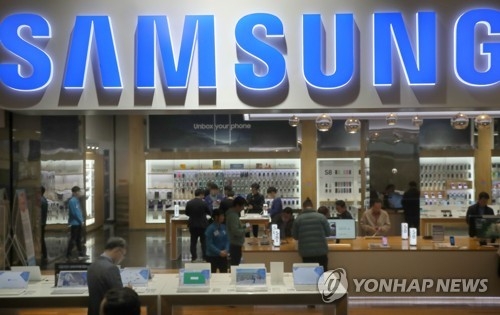