The government has poured 2.25 trillion won (US$1.9 billion) into building the 18-km waterway connecting the Han River at the western end of Seoul to the Yellow Sea off the port city of Incheon, but major logistics firms initially stayed away for the past few years due to a lack of transportation infrastructure.

The latest report comes five years after the completion of the canal in 2012.

With the opening in 2013 of Cheongna IC on the Incheon International Airport Expressway, logistics companies began purchasing the storage sites as the road improved the accessibility of the canal region to other areas of the port city of Incheon and western parts of Seoul.

About 98 percent of the lots for warehouses and other logistics facilities have been sold for 1.09 trillion won as of the end of last month, an official of K-Water said.

About 80 percent or 143 out of the total 179 companies which have signed contracts with K-Water have already begun operations.

Among them are hotels, premium outlets and logistics companies.

"We expect the cargo volume to gradually increase after all the logistics firms began operations in the near future," the official said. 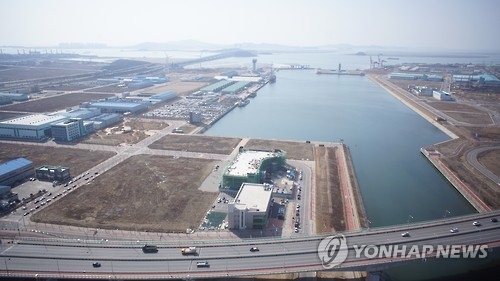