SEOUL, April 10 (Yonhap) -- South Korea on Monday announced the appointment of a new Marine Corps commander while delaying the regular reshuffling of other top military officers until after the May presidential election.

No confirmation hearing is required. He will succeed Lt. Gen. Lee Sang-hoon, who is ending his two-year tenure on Thursday. 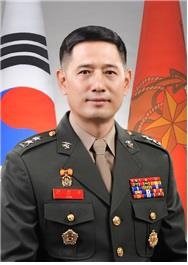 But the ministry, which usually carries out a shakeup of generals in April, earlier said it will postpone the changes of other military commanders until after the nation's presidential poll slated for May 9.

It is apparently aimed at helping maintain stability in military leadership with the launch of a new administration just a month away.