SEOUL, April 10 (Yonhap) -- South Korea's No. 2 chipmaker SK hynix Inc. said Monday it has developed the industry's first 72-layer 256-Gb NAND flash, which will be mass-produced in the second half of this year.

The company earlier started the production of the 36-layer NAND flash in the second quarter of last year, which was followed by the 48-layer version in November. SK hynix said the breakthrough was made possible through what it calls the triple level cell (TLC), which stores three bits of data in each cell.

The 3-D technology involves a "piling up" of cells instead of spreading them on a surface, which allows a chip to store more data in a similar area.

For example, a 72-layer NAND flash is capable of piling up 1.5 times more cells compared with the 48-layer products.

With the product providing a higher data processing speed, SK hynix plans to apply it on the next-generation solid state drives (SSDs) or MultiMedia Cards (eMMCs).

Industry watchers have been expecting demand for the 3D NAND products will increase down the road on the back of the development of artificial intelligence, big data and cloud computing-related technologies.

Citing the data compiled by Gartner, SK hynix said the global market for NAND flash products is expected to reach US$46.5 billion this year. 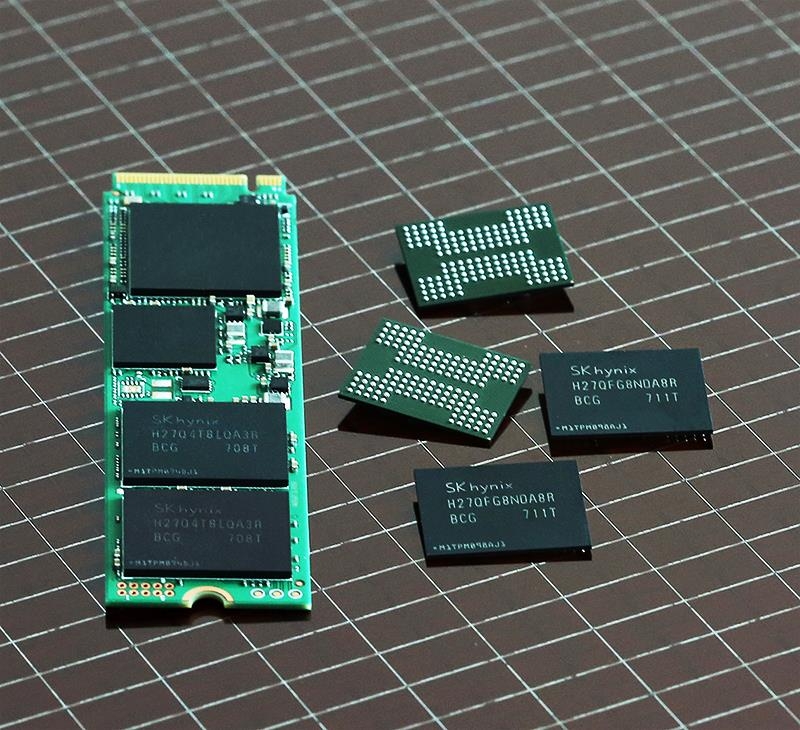