By Chang Dong-woo and Youn Go-eun

SEOUL, April 10 (Yonhap) -- Kim Young-ae, the life-long South Korean actress who recently passed away from pancreatic cancer, said her final work on the KBS 2TV series "The Gentlemen of Wolgyesu Tailor Shop" is what kept her persevering in her final days.

In an exclusive interview with Yonhap News Agency before her passing, Kim said that "I would have let myself go if it wasn't for this drama," referring to "Wolgyesu," the weekend drama series that finished its broadcast in February.

Kim, who passed away on Friday at 65, was first diagnosed with pancreatic cancer in 2012 while she was appearing in the popular TV series "Moon Embracing the Sun." She began her acting career at the age of 20 in 1971 after being hired by MBC TV.

The diagnosis, however, did not stop her acting career. She added eight movies -- including box office hits such as "Operation: Chromite," "The Attorney" and "Pandora" -- to her already long filmography afterwards and appeared in seven TV series, juggling acting and cancer treatment. 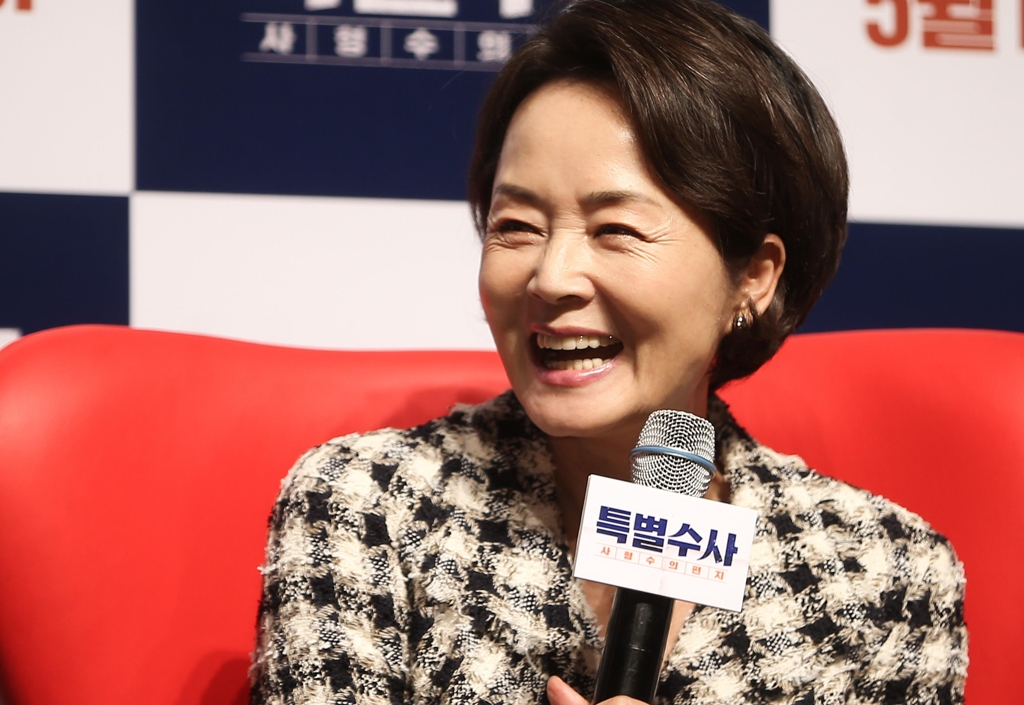 "I forced myself to eat to continue with my acting. I was so sorry that my condition worsened after filming began," the actress said, adding that she "prayed and prayed so as to finish the drama without causing trouble."

Kim said that during the final four months of the series, she commuted back and forth between her hospital and the film set, pushing forward with her work against the advice of her doctor.

Even though Kim knew she was terminally ill, she said "her mind became clear only when filming the drama."

"Someone told me to give up everything and go live in the countryside where the air is great. But not me."

She said she couldn't imagine herself outside of acting, "What would I live for without acting?"

"People ask me whether I can memorize my lines when I'm sick. When acting I have no problem memorizing my lines."

"For me, 'Brothers' River' is the work that has broadened my scope of work. It's also the one that cemented my maternal image."

"The series is 10 years old but it's an outstanding work to the degree of wanting to show it to foreigners as an introduction to Korean culture. Even to this day its not a bit awkward and I'm very proud of it."