Under an agreement with Seoul National University, Korea Advanced Institute of Science and Technology (KAIST), and Asan Medical Center, Kakao will develop core AI technology such as deep learning.

IBM Inc.'s AI-powered system is the leader in the field, with its system designed to assist doctors to make more informed treatment decisions by analyzing a patient's medical information against a vast array of data and expertise. Such an approach can provide greater evidence-based treatment options.

"The goal is to develop AI technology that will eventually help the livelihoods of the people," said Kim Byeong-hak, a Kakao official in charge of the project.

Kakao is one of the many global Internet giants like Google, Amazon and IBM that are trying to acquire the core AI technologies such as machine learning, automatic translation, self-driving cars and smart robotics.

In an effort to catch up with other global powerhouses, Kakao set a up a task force team earlier this year. 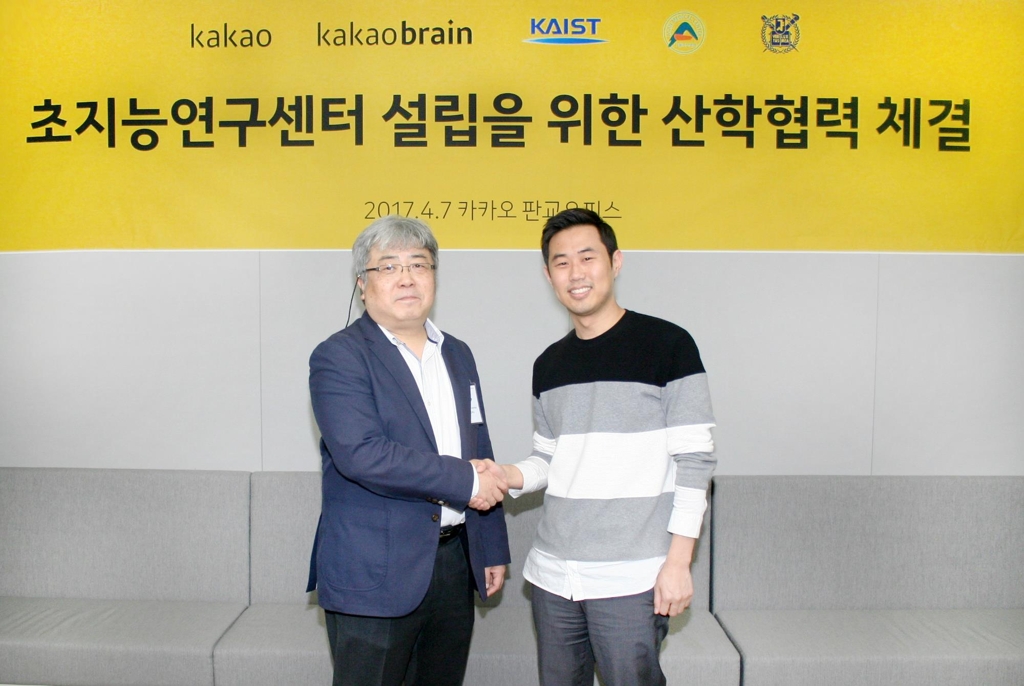