SEOUL, April 10 (Yonhap) -- Japan's top envoy to South Korea will pay a visit to a senior foreign ministry official on Monday in an apparent bid to voice his country's demand for full implementation of a 2015 deal reached to resolve a rift over Tokyo's sexual slavery of Korean women during World War II, the foreign ministry said.

Vice Foreign Minister Lim Sung-nam and Ambassador Yasumasa Nagamine will have a meeting later in the day, according to the ministry. Nagamine returned to Seoul from Japan Tuesday following an almost three-month-long absence. 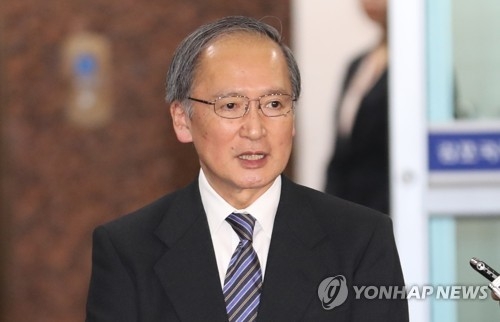