UberEats, the online meal ordering and delivery platform, partners with restaurants, with ordering conducted on the company's Web site or with a smartphone app.

"The company is preparing the local launch of UberEats," said an official of Uber Korea, the local unit of Uber, on the condition of anonymity. "But at the moment, we have not decided on the exact launch date."

Industry sources expect the delivery service to be introduced within the year.

UberEats is expected to join other local delivery apps such as Yogiyo, FoodFly and Baedal Minjok. Baedal Minjok is the market leader with more than 50 percent market share, followed by "Yogiyo" and "Baedaltong," which are both owned by Germany-based Delivery Hero.

Ordering food by phone is commonplace in South Korea. However, delivery apps have become increasingly popular and now take up nearly 15 percent of the total food delivery market which is estimated at around 12 trillion won (US$10.5 billion) annually.

UberEats was launched as a delivery pilot in Los Angeles in 2014. Since then, it has expanded to 58 cities. the service also exists in other major Asian cities including Bangkok, Tokyo and Taipei. 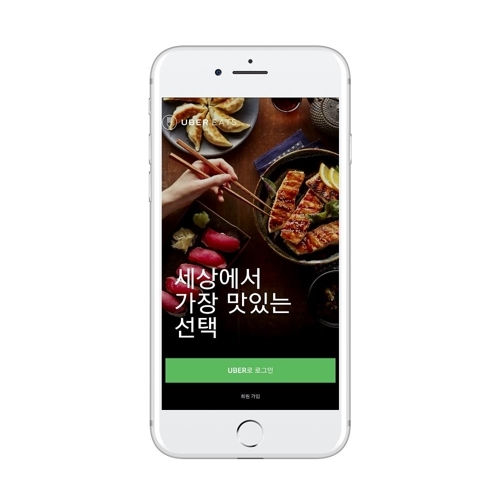