WASHINGTON, April 10 (Yonhap) -- China's government has issued an official directive ordering trading firms to return their coal imports from North Korea after banning coal imports from the communist neighbor for the rest of the year, a news report said Monday.

It was unclear when China's customs department issued the return order.

Last Friday, Chinese President Xi Jinping held his first summit talks with U.S. President Donald Trump, a meeting that Trump had repeatedly pledged to use to get Beijing to use more of its leverage over Pyongyang to bring the recalcitrant regime under control.

In late February, China suspended North Korean coal imports through the end of the year in accordance with the latest U.N. Security Council resolution adopted in December to punish Pyongyang for its fifth nuclear test in September.

The resolution centers on putting a significant cap on North Korea's exports of coal -- the country's single biggest export item and source of hard currency. The cap was set at whichever is lower between 7.5 million tons or US$400 million.

The suspension of coal imports also came days after the death of Kim Jong-nam, North Korean leader Kim's half brother, in what is believed to be an assassination by the regime in Pyongyang, which some experts saw as an affront to China as Kim Jong-nam was close to Beijing. 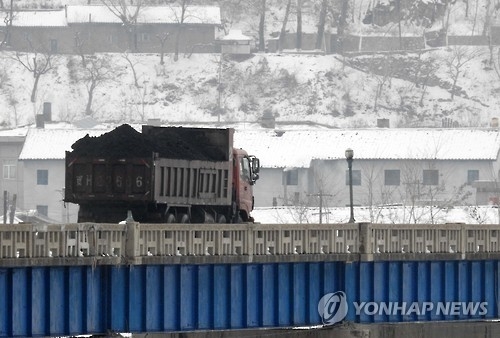