According to the data compiled by industry tracker Strategy Analytics, Ricoh sold 160,000 units of its Theta camera in 2016. The market researcher said the company is expected to retain its top player status this year as well by selling 260,000 units.

Samsung Electronics Co., which has been making efforts to expand its presence in the field to build its own virtual-reality (VR) ecosystem, is estimated to have sold 100,000 units of the Gear 360 last year, with the sales for 2017 estimated at 180,000 units.

The South Korean tech giant earlier showcased a new and more compact edition of the Gear 360, along with its latest flagship smartphone, the Galaxy S8.

The researcher said on the back of the rising sales of VR headsets, the demand for 360-degree cameras will continue to increase down the road. Such cameras usually incorporate two back-to-back fisheye lenses. 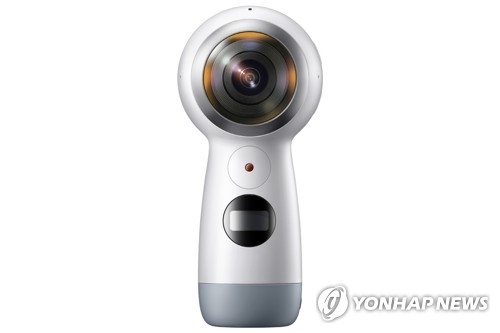