SEOUL, April 11 (Yonhap) -- South Korea has been subjected to 187 cases of import restrictions or related investigations by foreign authorities as of end of last month, the heaviest penalty imposed by India, a local trade group said Tuesday.

The restrictive measures come from 30 countries in the form of anti-dumping duties, countervailing duties, safeguards or a combination of them.

Anti-dumping probes and regulations accounted for in 138 of 187 cases, with 41 safeguards and seven cases where the punitive measures were combined, according to the Korea International Trade Association (KITA). India had the most with 33, followed by 23 from the United States and 14 from China.

Steel and metal products were the strongest hit with 90 cases. Chemicals accounted for 53, textiles 14 and electronics seven.

The latest figure shows an increase of three cases from the end of last year. Two cases with Australia were dropped, but one each was added from India, China and Japan and two from Turkey.

KITA said the penalties imposed on South Korea have become stiffer as well.

The U.S. Commerce Department on Feb. 28 decided on an 8.43 percent anti-dumping duty on phosphor copper from South Korea, more than twice the 3.79 percent in a preliminary ruling. Other final decisions are pending around the world, including China, the European Union and Indonesia, KITA said. 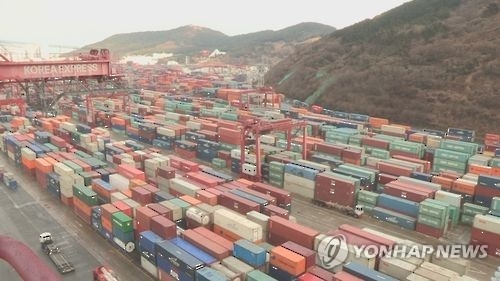