SEOUL, April 11 (Yonhap) -- China's top nuclear envoy has underlined the need to discuss "security concerns" that North Korea holds against the United States, saying that sanctions are not enough to make a breakthrough in denuclearization efforts, a diplomatic source said Tuesday.

The remarks were made by China's chief nuclear negotiator Wu Dawei in a meeting with his South Korean counterpart Kim Hong-kyun in Seoul on Monday, according to the source. 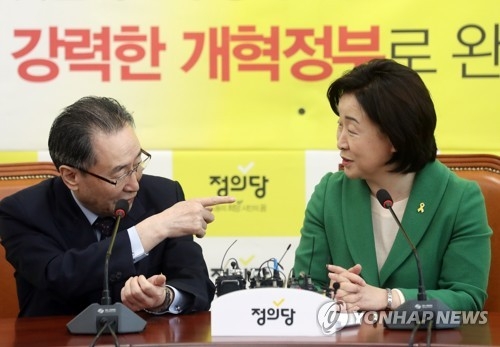 During the closed-door meeting, Wu was quoted as saying that mutual concerns for security should be discussed to make a breakthrough in denuclearization efforts.

Experts see his remarks as a reaffirmation of China's stance in which it argues that sanctions and pressure are not enough and talks are also necessary to mitigate the North's jitters that its security is being threatened by the U.S.

The U.S., meanwhile, argues that time is not ripe for talks and that all options, including even military action, remain on the table in dealing with the North.

Tensions are running high around the Korean Peninsula amid speculation that the North might carry out an additional nuclear test or a long-range missile launch this month filled with big events, which Pyongyang has often celebrated with a show of military force.

The source said that Wu agreed to faithfully implement sanctions imposed against the North and stressed that efforts should be made to prevent the North from engaging in provocations.
(END)