The 13-member idol act, which includes Chinese members, will hold a two-day concert titled "Would You Like - Happy Moment" at the Blue Square Samsung Card Hall in Seoul on May 19-20, according to Starship Entertainment.

Cosmic Girls made their debut in early 2016 with their first EP "Would You Like?" and their roster includes Chinese members Xuan Yi, Cheng Xiao and Mei Qi. The team most recently released its third mini album "From WJSN" in January. 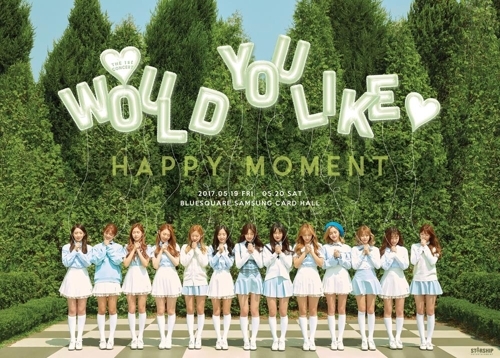 Idol group Cosmic Girls to hold first concert in May

Idol group Cosmic Girls to hold first concert in May