The legislative body is constitutionally the highest organ of state power but actually rubber-stamps decisions made by more powerful organizations, such as the ruling Workers' Party of Korea (WPK).

Every April, the SPA holds a plenary session, attended by hundreds of deputies, to approve the budget and reshuffle Cabinet organs.

At the last meeting in June 2016, Kim was elected as chairman of the newly created State Affairs Commission (SAC), which replaced the National Defense Commission. The session followed a WPK congress in May.

As this year's meeting came amid growing security tensions on the peninsula, attention is drawn to whether Kim will deliver a message targeting the United States or South Korea.

The move comes amid speculation that North Korea may conduct its sixth nuclear test or launch a long-range rocket around its key anniversaries in April to celebrate its internal political events.

There are concerns here that the U.S. may seek a pre-emptive attack on the North similar to its latest airstrike against Syria.

Seoul's unification ministry said there is a small possibility that North Korea would send an external message on the occasion of the SPA.

"At the parliamentary meetings, North Korea mainly discusses internal policies. There seems to be a relatively small chance that (the North's leader) will deliver a message targeting the external world," Lee Duk-haeng, ministry spokesman, told a regular press briefing Monday.

Experts said that North Korea is expected to fill its spy chief vacancy left by the dismissal of Kim Won-hong earlier this year during the assembly.

Kim, 72, was fired from the post of the spy chief in mid-January after a probe by the WPK found his agency had abused its authority, according to Seoul's unification ministry.

The SPA will also unveil its assessment of the country's budget spending last year and details about this year's expenditure plans.

At a meeting of the SPA presidium in March last year, the North said it plans to spend 15.8 percent of its 2016 national budget on the defense sector. 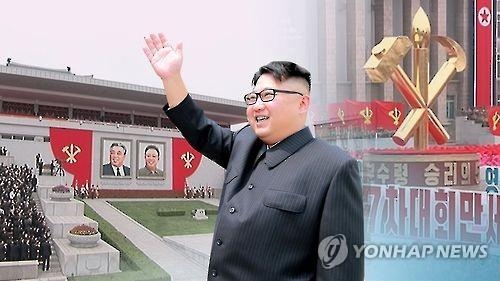