SEJONG, April 11 (Yonhap) -- The South Korean economy is projected to have recovered at a faster-than-expected pace in the first three months of the year on the back of an upturn in exports and production, the finance minister said Tuesday.

"As exports, production and investment have been rebounding, the recovery pace of the economy is faster than expected in the first quarter," Finance Minister Yoo Il-ho said while visiting a plant of SK hynix, the country's No. 2 chipmaker, in the southeastern outskirts of Seoul. "The semiconductor sector has spearheaded the upside mode in exports and investment."

South Korea's gross domestic product rose 0.4 percent in the October-December period from the previous quarter, decelerating from a 0.6 percent on-quarter expansion three months earlier, due mainly to a slump in domestic demand.

But many forecast that the economic growth for the first quarter of this year will be faster than the fourth quarter of last year, fueled by robust exports.

Outbound shipments of chips soared 41.9 percent on-year in March, following a 54.2 surge in February and a 39.5 percent upswing in January, on increasing global demand for mobile chips.

The brisk overseas sales of chips led facility investment, which jumped 19.5 percent on-year in February and rose 10.7 percent in January.

Yoo, South Korea's top economic policymaker, said the government will do its best to diversify exporting markets and items and promote a cooperative international relationship to remove non-tariff barriers. 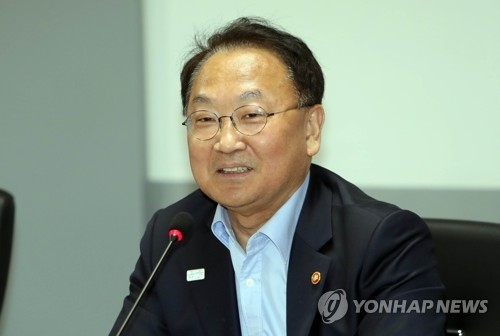