South Korea and North Korea both ended their qualifying campaign with three wins and one draw, but the former took the top spot in Group B, thanks to a better goal difference. South Korea scored 21 goals and conceded one, while North Korea netted 18 goals and surrendered one.

In their final qualifying match, South Korea needed to beat Uzbekistan at least by two goals to get the edge on goal difference over North Korea.

Only the top finisher in the group can advance to the 2018 Asian Cup in Jordan. The eight-team Asian competition also doubles as the qualifying tournament for the 2019 FIFA Women's World Cup in France, meaning South Korea have also earned their opportunity to enter the women's showpiece event. The top five teams of the Asian Cup will get a ticket to the World Cup.

South Korea opened the scoring in the 21st minute with a goal from Yoo Young-a. Two minutes later, Ji So-yun doubled the lead as she beat Uzbekistan goalkeeper Laylo Tilovova.

South Korean captain Cho So-hyun, making her 100th international appearance, then put her name on the score sheet in the 42nd. Ji, South Korea's all-time leading scorer, was the only scorer in the second half as she found the net in the 53rd, but it was enough for the women's team to seal the top position in the group.

Any trip to the North requires the South's approval, as well as the North's consent, as the two Koreas have technically remained in a state of war since the 1950-53 Korean War ended in a truce, not a peace treaty. The Seoul government last month gave the green light to the football team's visit to Pyongyang after the North assured the safety of the South Koreans via the AFC. 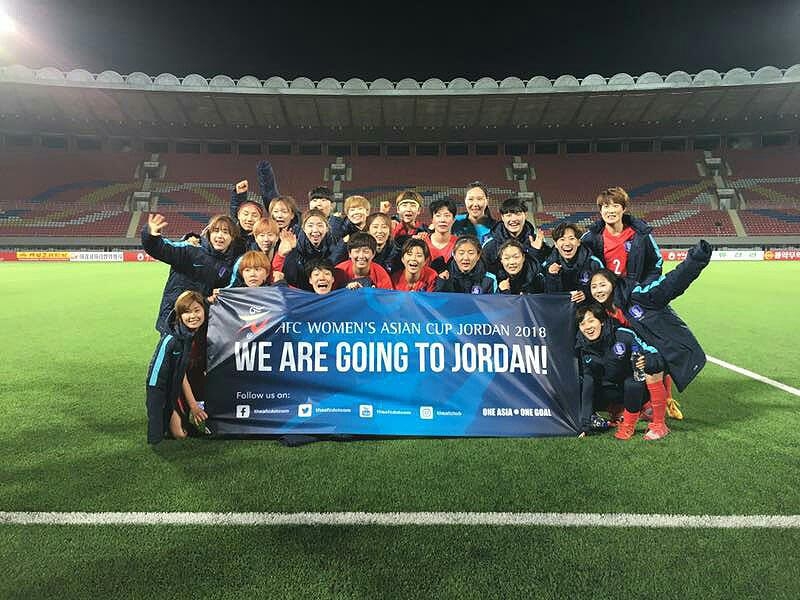