SEOUL, April 11 (Yonhap) -- South Korea and the United States agreed Tuesday to maintain their firm unity against North Korea's military threats, a show of their robust alliance in the wake of the latest U.S.-China summit talks.

They also discussed a joint response to the North's ballistic missile launch earlier this month.

Wee emphasized the importance of Beijing's role in reining in Pyongyang's nuclear and missile programs, the ministry said.

He pointed out that the allies stand fully ready to counter any provocation by the North.

On the Trump-Xi summit, Helvey said they agreed on the urgency to resolve the North Korea issue and the need for the denuclearization of the Korean Peninsula. 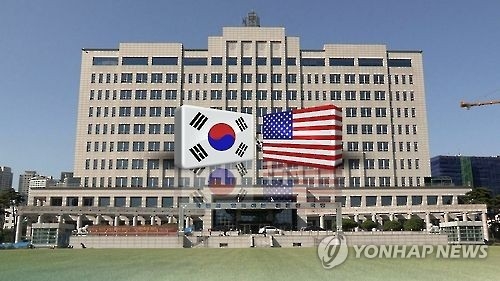 The two leaders also agreed that U.N. Security Council resolutions on North Korea should be completely implemented, Helvey was quoted as saying.

And the U.S. delivered its position on the plan to deploy the Terminal High Altitude Area Defense (THAAD) system in South Korea, Helvey added, according to the ministry.

China is strongly against the installation of the advanced missile defense system here, arguing it would harm its security interests.

Meanwhile, Wee expressed his gratitude to the U.S. government over its help in the search for missing South Korean crew members aboard the Stellar Daisy cargo ship, which apparently sank in the South Atlantic earlier this month. The U.S. has offered a P-8 Poseidon naval aircraft.