The Galaxy S8 smartphones feature high resolution displays that bend on both ends, and come with various innovative technologies such as iris and face recognition scanners and a smart voice assistance program dubbed Bixby.

Samsung may face hurdles in meeting stronger than expected demand for the new smartphones. The company said preorders for the Galaxy S8 Plus have already matched its inventory, hinting at a delay in the shipment of the high-end devices to early adopters.

Given the current pace, preorders for the Galaxy S8 series may reach 1 million units, industry watchers expect, and those who preordered may not be able to receive the product even after the official release slated for April 21.

Samsung faced a shortage of devices when it released the Galaxy Note 7 phablet last year, with preorders hitting 400,000 units from Aug. 6 to 18. 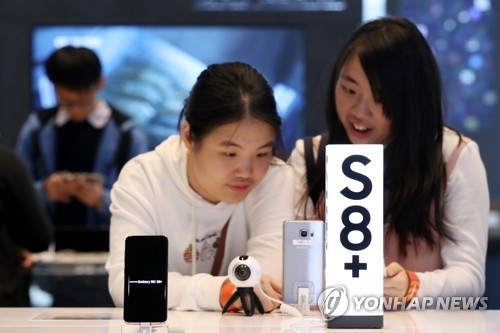