SEOUL, April 11 (Yonhap) -- As the popular quote by Joseph Stalin reads, "The death of one man is a tragedy, the death of millions is a statistic," every death is only one too many for a war victim's family.

Taking the truth into consideration, the National Museum of Korean Contemporary History and the Ministry of National Defense Agency for KIA (Killed in Action) Recovery & Identification (MAKRI) opened a special exhibition Tuesday that reminds one of how tragic and unforgettable each death, incurred during the 1950-1953 Korean War, means for the bereaved family and, by extension, the country. 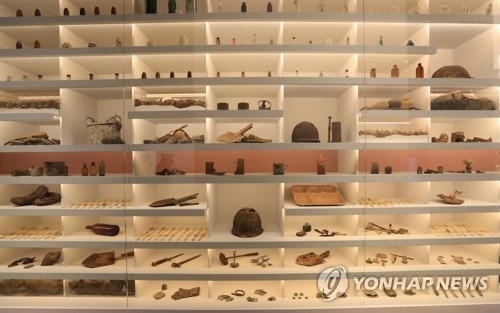 The exhibition "Bring Them Home" puts together some 2,000 items excavated near the burial sites of the war dead such as plates, toothbrushes, helmets, military uniforms, spoons, water canteens, lighters and globes. There are also a total of 100 photos and videos on display about those who were lucky enough to be unearthed and identified.

The victim's families gave video interviews to share what they still remember about their father, older brother or uncle, more than six decades after the war ended in an armistice.

Hong Jae-chul remembers treating his younger brother Jae-gu to chicken soup when he was receiving military training. He never imagined it would be their last meal together. Jae-ju was only able to return home by May 2015 as ashes. Military records show he died on August 19, 1950.

"I was given a chance to buy him a warm bowl of soup one last time, which comforts me a little," Hong said. 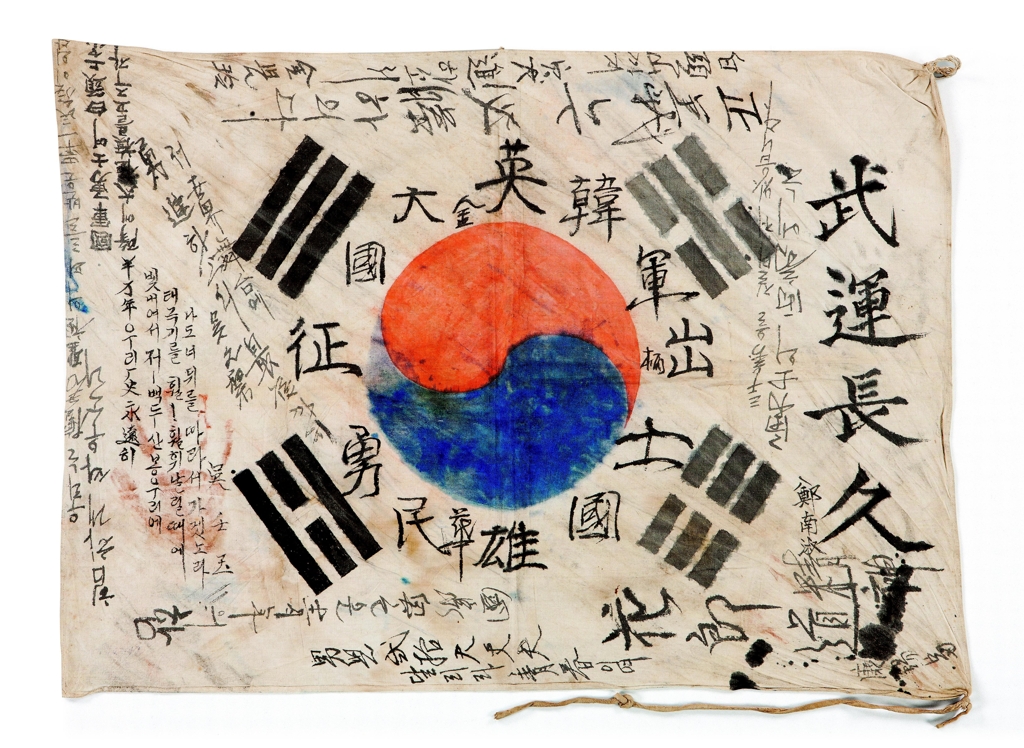 According to the ministry, some 163,000 young Korean soldiers died and 29,000 remains were recovered and returned to their families during the war.

The special exhibition was organized to mark the 17-year-long recovery operation that started in 2000, the 50th anniversary of the outbreak of the tragic war.

Since its launch in 2000, the MAKRI has so far "uncovered 9,500 remains of the Korean war dead and, among them, 121 soldiers were sent back home after being identified," said Choi Cheong from the agency during a press briefing on Tuesday at the museum.

Maj. Park Won-jong from the ministry said the exhibit focuses on the war dead and, more particularly, the families who are left behind.

"Through the stories of the families, we want to bring home that a war is a great tragedy that should never happen again," he said, adding the agency's mission won't be complete until the very last missing person is uncovered and identified.

Kang Chu-ja recalls her mother talking about her late father Kang Tae-jo when she was young. Shortly before heading to the war zone, her father sang "Farewell Song" to her mother and her, then a 3-month-old baby, as if he knew he wouldn't be able to come back. After her father embarked on his fateful one-way journey, her mother wrote the song down on a piece of paper so that she could pass it to her daughter when she grew old enough to read.

The lyrics read, "Dear father and mother, please take good care of yourself. I will be heading to where crows cry. I will pass the demarcation line and unfurl Taegukgi (Korean national flag) on Mount Baekdu. I will return as ashes. Dear wife, be strong and live a new life. I made a promise to you but now I am singing a farewell song. I have a grave responsibility to shoulder."

The exhibition runs through June 11. 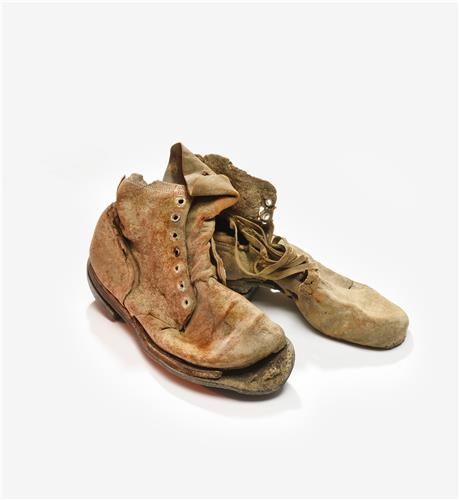 Korea's fallen heroes are remembered in exhibit 'Bring Them Home'

Korea's fallen heroes are remembered in exhibit 'Bring Them Home'