WASHINGTON, April 11 (Yonhap) -- The U.S. dispatch of an aircraft carrier strike group to waters off the Korean Peninsula is a warning to North Korea that the U.S. takes seriously threats from the communist nation, a U.S. congressman said Tuesday.

The U.S. Pacific Command has redirected the strike group led by aircraft carrier USS Carl Vinson to head toward the Korean Peninsula, rather than executing previously planned port visits to Australia, amid heightened concern the North could undertake additional provocations.

"If you're working to destabilize the world like that, something has to be done. And when there are direct threats at us, the 23 million people 30 miles south of the DMZ in South Korea or 28,000 troops in South Korea, I think we should show that we have force and we're serious about what we do," he said.

Tensions are running high on the Korean Peninsula amid speculation that North Korea may conduct its sixth nuclear test or carry out a threatened test of an intercontinental ballistic missile capable of reaching the U.S. around its key anniversaries in April. 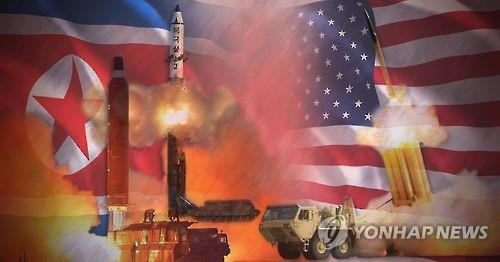