SEOUL, April 12 (Yonhap) -- Those who watched KBS 2TV's "Good Manager" may recall a conspicuous tongue-in-cheek quibble between the show's lead stars Namkoong Min and Junho of 2PM late in the series.

Protagonist Kim Sung-ryong, an accountant played by Namkoong, tells Lee's character Seo Yool about how he almost got killed by a group of gangsters. Kim embellishes that he never lost his cool but only acted as if he was afraid for his life.

Then Kim yaks, "I'm going to win an award at the end of the year," to which Seo refutes, "You can't win because it's too early in the year" -- an inside joke about how TV shows early in the year are often shunned at the TV awards season at the year's end.

So, what does Namkoong think of his chances?

"I would be happy if I can receive (an award), but I have the confidence and enough energy to perform much better in the future, so I wouldn't mind if I receive an award then," Namkoong said during a recent group media interview at a cafe in southern Seoul. 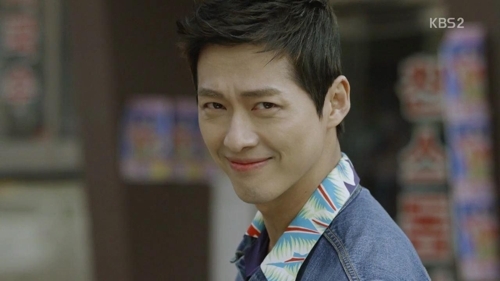 Namkoong played a newly hired accountant at the fictional TQ Group, a genius at misappropriating corporate funds for personal benefits but who later turns into a righteous person who fights against the corruption within the group.

The late night office comedy ended in late March in success and shattered expectations. Most TV industry observers saw it as having a slim chance against "Saimdang, Memoir of Colors," the epic 30-episode SBS TV series that brought actress Lee Young-ae of the famed show "Daejanggeum" back to television after 14 years.

"As much as I like the fact that it was my first lead role and did well in ratings, the show is more significant for me as I realized I still have much more to improve acting-wise," the star said.

"It also served as an opportunity for me to renew my confidence based on passion and also ask myself, 'What should I do in the future?'"

Namkoong said that despite the long years of toiling in supporting roles, he never was anxious of not being able to make it big.

"I may have been discouraged if I did nothing while waiting for such a long time. But I always studied how I can improve upon my acting. I was confident and wasn't impatient while waiting."

Namkoong's on-screen persona in the show is strangely comedic, quixotic and has lots of fast, snappy dialogue. When asked whether the real-life Namkoong is funny too, he replied, "I'm truly boring."

"In fact, I want to go on talk shows a lot but learned that I spoke a lot of nonsense when I watched my previous appearances."

The difference in his character was apparently so big that Namkoong said he had trouble playing the character.

"If I was even a bit off guard on set, Namkoong Min's mannerisms would come out. I tried to keep my vigilance up."

The sheer volume of dialogue of his character and also talking with a new tone was also a challenge for the actor.

"I couldn't put down the script as it had the most amount of lines out of all the other characters I've played before. My voice is low-pitched, but this time I tried to raise my tone and pitch," Namkoong said.

He also shared an episode of his kiss scene with Junho, which was improvised by Namkoong himself.

"Normally I don't prefer to exaggerative ad-libs, but I do like these kinds of ad-libs which, metaphorically speaking, serve as good condiments to the script."

The scene, according to Namkoong, was done in three takes, as the director asked for more shots due to their "lips not touching." Namkoong chuckled, "I want to win the 'best couple award' later in the year." 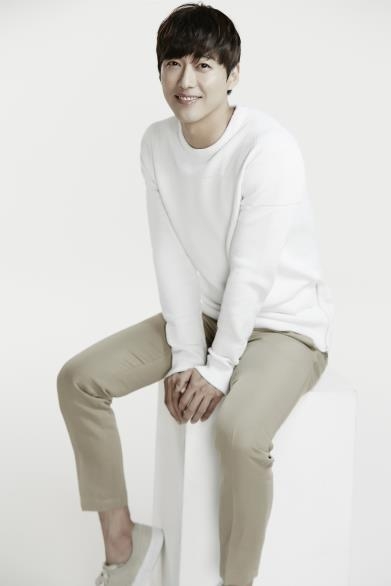