The session-over-session changes in the dollar-won exchange rate averaged 0.47 percent last month, compared to 0.39 in February, the Bank of Korea (BOK) said.

"The won rose against the dollar in March due to increased exports and inflows of foreign capital into local stock markets," the BOK said in a monthly report on international finance.

Meanwhile, the South Korean currency posted 6.1 won in daily value changes against the dollar in March, down from 6.8 won a month earlier, it said.

Foreign investors poured a net US$5.49 billion into the local financial markets -- $3.15 billion in stocks and $2.34 billion in bonds -- in March, the BOK said. It was an increase from $4.93 billion in net inflows a month earlier.

The credit default swaps premium for foreign exchange stabilization bonds came to 48 basis points in March, up from 46 basis points a month earlier, the BOK said. 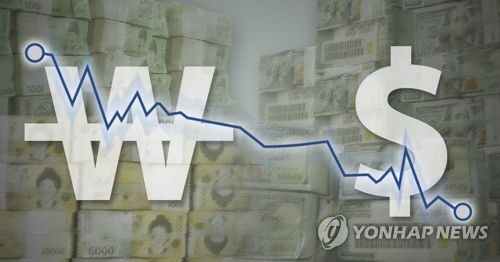