CHEONGJU, South Korea, April 12 (Yonhap) -- Police have booked a 20-year-old woman for allegedly stealing two gold bracelets and hiding them in her buttocks at a jeweler's shop in central South Korea earlier this month, they said Wednesday.

The Heungdeok Police Station in Cheongju, North Chungcheong Province, said the woman, along with her 21-year-old friend, visited the shop on April 1 and browsed the bracelets on display. She repeatedly put her hand into her pants while the other woman was talking to an employee over the purchase of a ring.

According to the police, the shopowner found that two bracelets, worth 980,000 won (about US$856), were gone. The woman was later spotted picking them up in CCTV footage.

She denied the allegations and demanded that the shop call the police to determine whether she stole them, saying that she wore a pair of leggings and had nowhere to hide them.

Two female police officers arrived at the shop and conducted a strip search in a bathroom near the shop after getting the suspect's consent, eventually obtaining her confession that she had hidden them in her buttocks.

The other woman said she was not aware of the theft, the police said.

The police have booked the suspect without detention. The woman, meanwhile, attributed the crime to her tendency to steal whenever her period begins, they said. 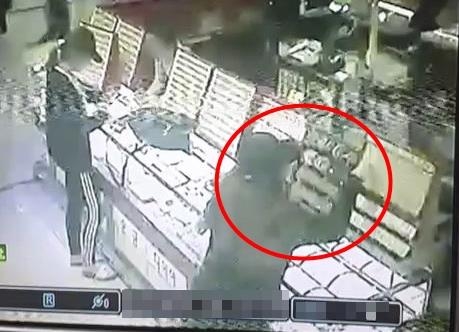