Xi told Trump that China hopes for cooperation with the U.S. to deal with the problem with "peaceful means" to achieve the goal of denuclearizing the Korean Peninsula, according to the state broadcaster, China Central Television.

They also agreed to strengthen high-level consultations, with Trump saying he is looking forward to visiting China later this year, it added. 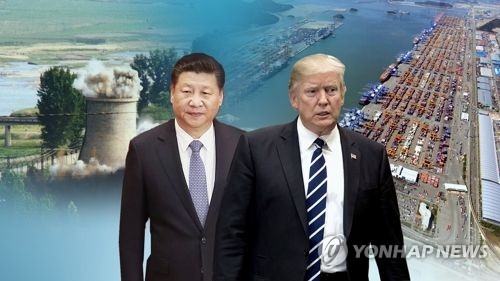 Their unannounced phone talks came less than a week after their first summit meeting in Florida. They produced no concrete deal on the North Korea issue, raising doubts about future partnerships between the global powers.

In his new Twitter message, Trump made it clear that his administration will handle the troublemaker North Korea on its own if Beijing is unwilling to help.

"North Korea is looking for trouble. If China decides to help, that would be great. If not, we will solve the problem without them! U.S.A.," he said.

The flamboyant president did not elaborate. His administration has stated that it leaves "all options" open.