SEOUL, April 12 (Yonhap) -- A South Korean drama series will be shown on a major television network in Cameroon starting this month, a local production company specializing in Africa said Wednesday.

Frame in Africa said it has recently inked a contract with LTM to air KBS 2TV's "Bridal Mask" for two years on the Cameroonian terrestrial broadcaster in the prime time slot at 8-9 p.m.

This would become the first Korean drama to be shown in Africa through a commercial deal, according to Frame.

The show, which was broadcast in South Korea from May to September 2012, will start airing in the African country on April 24.

"We have pushed for the contract, as it's the most effective means to spread 'hallyu' to Africa," Kim Young-don, chief of the Korean company, said. Hallyu refers to the Asianwide boom of Korean TV dramas, films and pop music. "We're also under negotiations with companies in Kenya and South Africa to export Korean dramas." 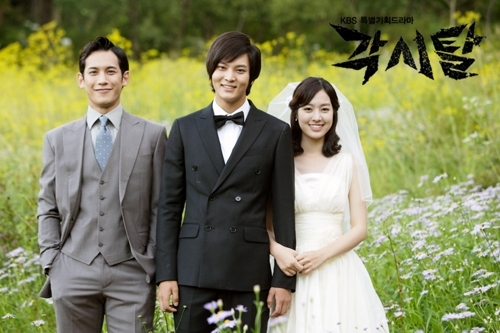