SEOUL, April 12 (Yonhap) -- Centrist presidential candidate Ahn Cheol-soo will give up his parliamentary seat after formally registering his bid to underscore his determination to win the upcoming election, an aide said Wednesday.

Ahn of the People's Party is in a duel with Moon Jae-in of the liberal Democratic Party with opinion surveys indicating a neck-and-neck race ahead of the May 9 poll. 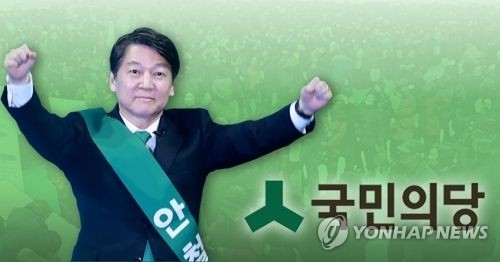 The move is seen as an effort to widen his appeal among voters just days after another contender stirred up a controversy by holding on to his governorship until minutes before the legal deadline.

Moon, who competed with Ahn for liberal votes in the 2012 presidential election, completed that race without giving up his parliamentary seat and lost to then conservative contender Park Geun-hye. Lawmakers are not required to resign in order to run for president.

"Ahn has always thought that a candidate for public office should resign from his post," the aide added. "It also demonstrates that he will give his all (to win) the presidential election."

The former software mogul has been serving his second consecutive term in the National Assembly since winning a by-election in a district in Seoul in 2013.

"I'm determined to give my all to save our country," Ahn told reporters after coming out of a meeting at the Assembly. "This is part of that resolve."

(LEAD) Ahn to give up parliamentary seat after registering presidential bid

(LEAD) Ahn to give up parliamentary seat after registering presidential bid