Beijing has imposed economic sanctions on South Korea in recent months as Seoul is pushing ahead with the installment of the U.S. Terminal Altitude Area Defense (THAAD) battery on its soil.

China has reacted angrily, insisting that the U.S. anti-missile system will undermine China's security interests although Seoul says it is to defend against North Korean provocations, not against China.

The Chinese government has shut down many South Korean outlets in China while banning the sale of tour packages to South Korea and imports of Korean pop culture products. 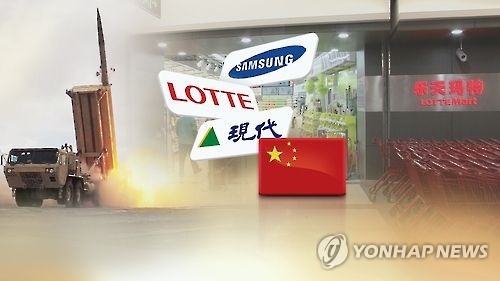 Sales of China's cultural industry rose 7.5 percent to 1,330 trillion won (US$1.1 trillion) in 2016 from a year earlier, according to a report released by the Korea International Trade Association (KITA).

The added value created by the Chinese cultural industry also jumped 13.4 percent to 452 trillion won in 2015 from the previous year, accounting for 3.97 percent of China's gross domestic product (GDP).

The market size of China's Internet broadcast reached 2.5 trillion won last year, up 66.7 percent from the previous year with the number of subscribers at 340 million.

The report advised the South Korean pop culture industry to seek an alternative market in Southeast Asia and explore new business models jointly with its Chinese counterparts to muddle through the Chinese economic sanctions. 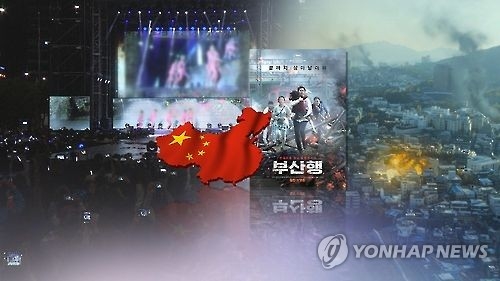