SEOUL, April 12 (Yonhap) -- South Korean boy band WINNER, which recently made a comeback with a new EP album, unveiled the dance practice video for its song "Really Really" on Wednesday.

YG Entertainment released the video on the company's official blog, in which the four members in a studio rehearse the song along with dancers.

After being regrouped into a four-member team, WINNER released its latest EP album, titled "Fate Number For" on April 4.

"Really Really," a tropical house number, breaks from WINNER's mostly sentimental vibe from the past. The album also includes "Fool," a slow tempo piano ballad in which the team said they tried to convey an emotion totally opposite from "Really Really."

Upon release, "Really Really" soared to No. 1 on seven music streaming services at home and also topped Apple's iTunes charts in 21 countries. 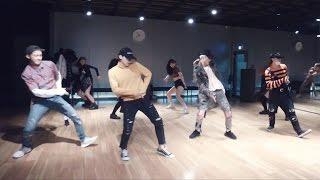