SEOUL, April 13 (Yonhap) -- Journalist Kim would have known the fate of former President Park Geun-hye well before a court ruled on her impeachment on March 10, if the news fed to her mobile phone early in the morning had been true.

"It has been confirmed that the ruling of the Constitutional Court today will include the wording 'impossible to allow the presidency' in addition to her charges of violating the Constitution," said one article she received from her friends through Kakao Talk.

Ahead of the historic ruling, chat rooms on the popular mobile messenger service were flooded with fraudulent news disguised as authentic, verified information. Some were so sophisticated and detailed that even the 35-year-old reporter with trained news sensibilities wanted to believe them.

Several days before the ruling, a messenger news source claimed that the court had failed to set a date for the verdict because two of the eight judges were opposed to the impeachment. It forecast a delayed ruling would shift the political mood in favor of the embattled leader.

However, what actually happened was the constitutional judges unanimously upheld her impeachment and it turned out that they successfully kept it a secret until the last moment. 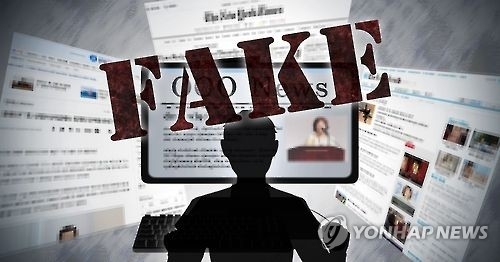 Fake news, or misinformation created and dispersed with the intent to mislead its readers, has been around for a long time, but it became a global subject following the contentious presidential election in the United States last year.

South Korea recently saw an upsurge in the circulation of fake news surrounding highly polarizing issues like Park's impeachment and the deployment of a U.S. missile defense system called THAAD in South Korea.

According to research by Daumsoft, a market research service based on big data analysis, fake news stories appeared online a total of 1,666 occasions in 2014. In 2015, the number stood at 820, according to research that kept track of blog pages, twitter feeds, press reports and online communities.

The figure, however, skyrocketed to 11,239 last year when Park's corruption scandal emerged and eventually led to the National Assembly's approval of a bill to impeach Park on Dec. 9.

Ahead of the Constitutional Court's ruling in March, the number of fake news mentions further shot up to 77,257 from the beginning of this year till March 9, the analysis showed.

About 33 percent of the fake news stories detected were based on extreme political views, claiming to expose the ideological inclinations of politicians as either ultra-right-wing or communists, the analysis showed.

The subject of the election came in next with 28 percent, followed by crimes (20 percent) and economy (8 percent).

"In Europe, the main subjects of fake news usually involve racism, hatred toward refugees and crimes by refugees," said Park A-ran, an analyst at the Korea Press Foundation, a government organization that promotes the press industry.

"But when it comes to South Korea, political inclinations became the most frequent subject of fake news, a reflection on the uncompromising, ongoing fight between the right and the left," the analyst noted, referring to the gaping political polarization over Park's ouster.

A separate poll of 1,084 adults by the foundation also showed that 32.3 percent of them have been exposed to fake news this year.

The key channels of fake news flow were PCs and smartphones, with 76.3 percent of the respondents saying they have been exposed through computers and mobile phones. Mobile messengers like Kakao Talk and Line, serviced by Internet portal Naver, were cited as the software most frequently used for circulation.

Coming on the heels of Park's impeachment, the hastily arranged early presidential election set for May 9 is already showing signs of being the subject of even more fake news down the road.

Fake news was one of the factors former U.N. Secretary-General Ban Ki-moon cited when he withdrew his promising presidential bid in early February.

"My good-willed patriotism and ambition as well as the cause of political change have been overshadowed by slanders and all kinds of fake news," Ban said at that time. One of the unverified news stories about Ban had falsely stated that incumbent U.N. Secretary-General Antonio Guterres was opposed to Ban's presidential bid on account of a U.N. resolution dissuading retired U.N. chiefs from taking important government posts.

Election authorities and police recently pledged to enhance a crackdown on fake news ahead of the presidential election.

Shin Yeon-hee, the elected head of Gangnam Ward, the most affluent part of Seoul, is currently under police investigation. The 69-year-old conservative is suspected of spreading unconfirmed corruption rumors against Moon Jae-in, the presidential front-runner on the opposition side, in a Kakao Talk group chat room with about 1,000 people listening.

Experts stressed that in the face of increasing fake news, thorough fact-checking by the press and think tanks is more important than ever although currently there's no way to put up a system that could separate fake news from authentic news 100 percent correctly.

"In the end, stories from the news media are the sources most frequently used for fact checking (against fake news)," Oh Se-wook, an analyst at the Korea Press Foundation, said in a forum on media fact checking last month. "The most important point against this backdrop is recovering the trust of the press," he said. 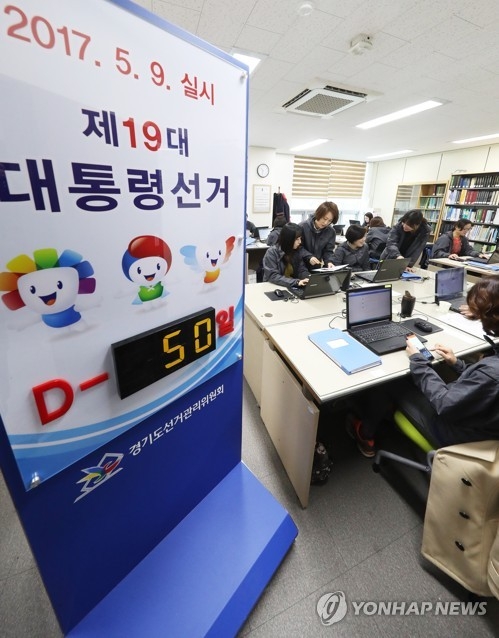